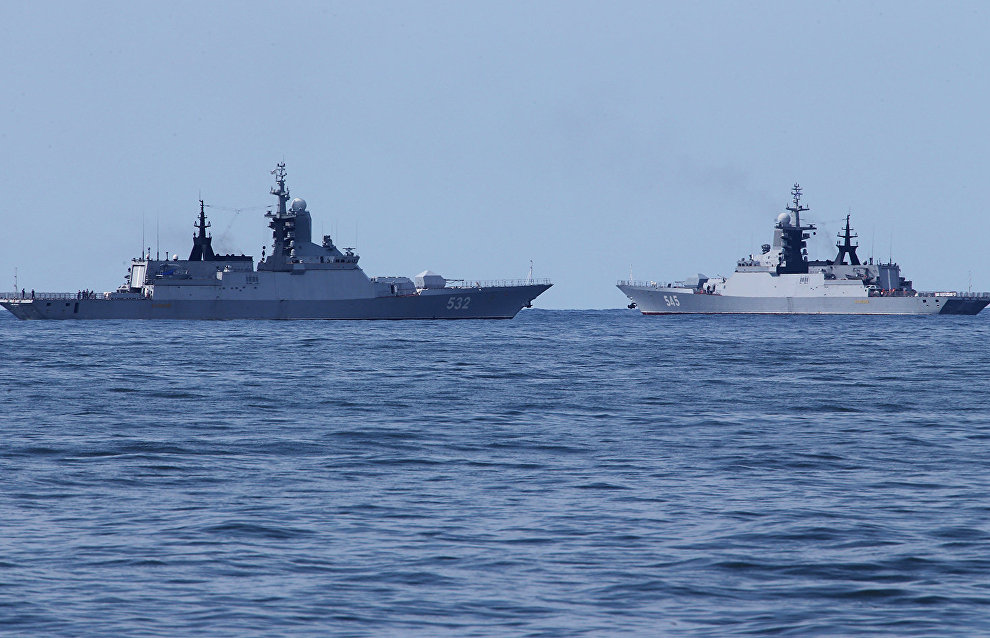 Moiseyev: There are no problems requiring a military solution in the Arctic

No problems in the Arctic require a military solution, said Commander of the Northern Fleet Alexander Moiseyev regarding the greater activity of foreign ships and aviation in the region.

“First of all, I would like to note that there are no problems requiring a military solution in the Arctic,” Moiseyev said.

However, foreign vessels and aviation have stepped up their activity recently in the near-sea zone of the Northern Fleet.

According to the commander, the Northern Fleet monitors the activities of the foreign armed forces in the region and must “take precautions, since this is happening in the immediate vicinity of our borders.” At the same time, the naval fleet’s actions are aimed at protecting their borders and territories.

“They fully comply with international maritime law as well as Russia’s related international commitments, agreements and treaties with its partners,” Moiseyev said.

The Russian Foreign Ministry is also concerned about Great Britain’s military activity in the Arctic and is critical of such actions coming from all non-Arctic states.

“Great Britain’s military activities in polar latitudes cannot but raise concerns, because Great Britain is a non-Arctic state,” Nikolai Korchunov, Ambassador-at-Large for International Cooperation in the Arctic, said at a news conference in Moscow.

Korchunov noted that Great Britain’s Arctic military strategy “brings in an element of confrontation and does not help to maintain a zone of peace and security in the Arctic region.”

“We are critical of non-Arctic states’ military activities in the region. Unfortunately, now we are witnessing internationalization: an increasing number of countries are following this path, above all NATO countries. We do not welcome non-Arctic states’ military contingents coming from Europe or Asia, because we do not welcome a military escalation,” the Russian diplomat noted.

According to Korchunov, Russia is carrying out an exclusively peaceful project in the Arctic and is committed to sustainable economic development of the region in partnership with other countries.