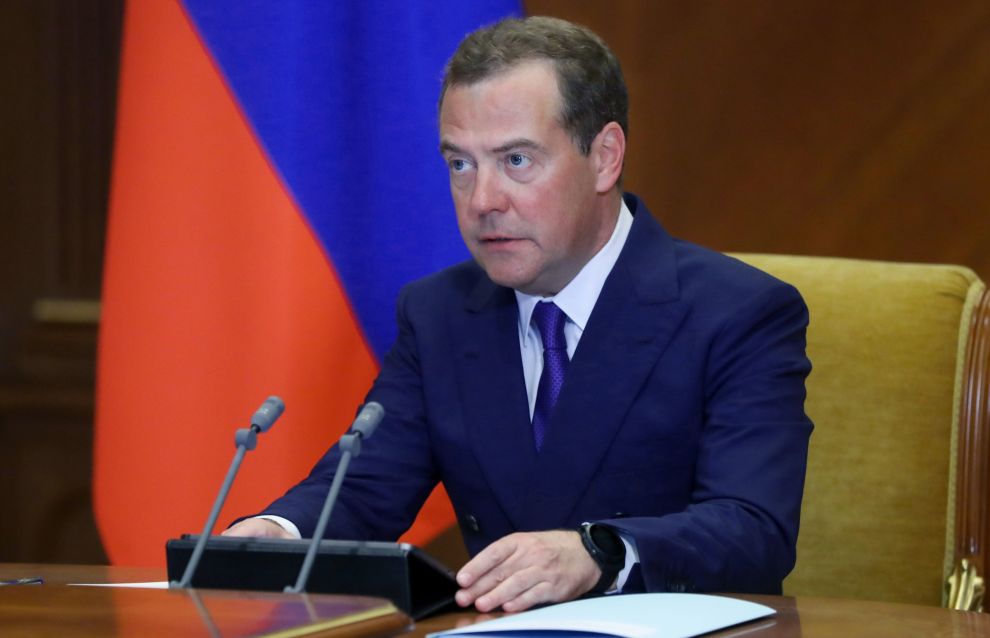 Medvedev: Russia strives to preserve the Arctic as a territory of peace and partnership

Russian Security Council’s Deputy Chairman Dmitry Medvedev said the Russian Federation strove to preserve the Arctic as a territory of peace and mutually beneficial partnership, but that certain states were still trying to weaken its positions in the region.

“While accomplishing Arctic development tasks, we’re striving to preserve the region as a territory of peace and stable and mutually beneficial partnership,” he noted at a meeting of the Security Council’s Inter-Departmental Commission to Ensure the Russian Federation’s National Interests in the Arctic.

He added that certain states were still trying to weaken Russia’s regional positions, to expand their military activities and to ratchet up sanctions pressure. Moscow should therefore expand dialogue with all countries aiming to maintain constructive cooperation with Russia.

According to Medvedev, “this work will be conducted during Russia’s chairmanship of the Arctic Council in 2021-2023. “It is important to use this format for advancing Russian initiatives in the Arctic and defending our national interests,” he pointed.

He also called for drafting measures to preserve the Arctic environment.

“I would like to note that we need to make the Arctic region safer, and this is our top priority. This implies measures to strengthen military units located there and a frugal attitude toward environmental matters,” Medvedev noted.

He also said that “plans for developing the Russian Arctic are linked with the development of coastal hydrocarbon resources and those on the Arctic seas’ shelf; they are also linked with the creation of new industrial facilities and transport corridors.”

“This can seriously damage Arctic nature and the health of the local residents. It is necessary to look into measures for preserving the region’s environmental stability, protecting it from industrial accidents, and it is also necessary to reduce risks linked with climate change and to adapt the Arctic economy and infrastructure to them,” Medvedev explained.

He also underscored the need to increase Russia’s technological independence in the Arctic at a time when national companies have limited access to foreign technologies.