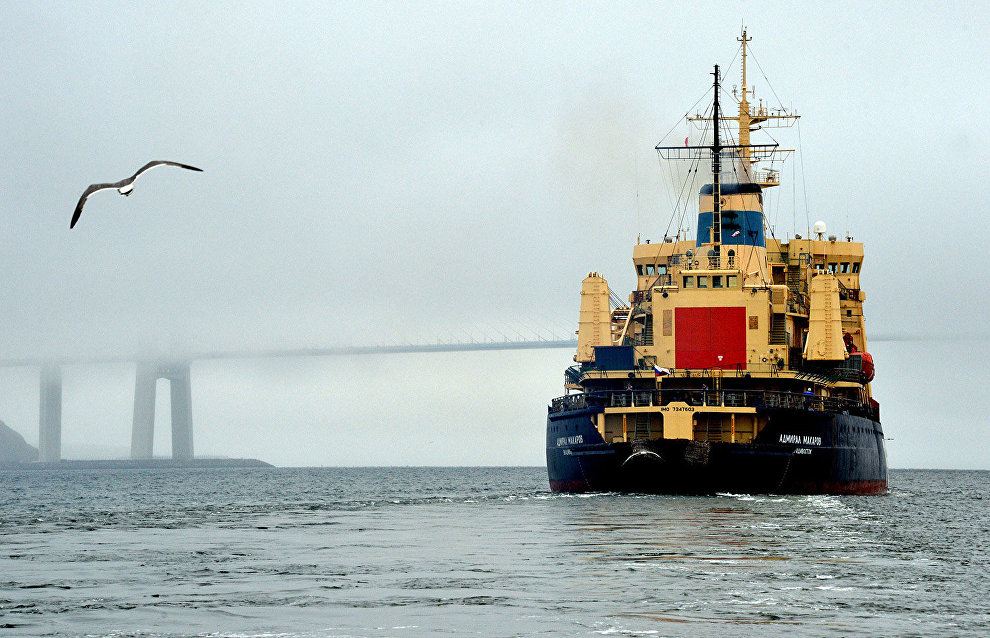 Moscow is going to actively promote the Northern Sea Route (NSR) at global venues in order to ensure sustainable navigation.

“Russia is consistently taking measures to develop safe navigation in high latitudes, using both multilateral platforms, such as the International Maritime Organization and the Arctic Council, and bilateral mechanisms. The NSR development plan includes progressing along a number of interconnected tracks that form the necessary elements for sustainable navigation, including the reconstruction of seaports and terminals, the development of the rescue and auxiliary fleet, navigation and hydrographic support, the development of the icebreaker fleet, assistance in developing freight traffic, ensuring environmental safety, and developing energy capacities and shipbuilding, as well as the formation of an appropriate ground and aviation infrastructure,” said Nikolai Korchunov, Ambassador-at-Large for the Arctic Cooperation and Russia’s Senior Arctic Official.

According to Korchunov, Russia will focus on these topics during its presidency in the Arctic Council and the Arctic Economic Council (AEC) in 2021–2023, including in AEC working groups for sea transportation and infrastructure development.

“The Information Forum of Best Practices in the Field of Arctic Shipping under the Arctic Council Working Group on the Arctic Marine Environment Protection Program, which Russia will chair for the next two years, also helps to promote Arctic navigation,” the diplomat said. The NSR will also be discussed at international Arctic conferences, including the International Arctic Forum traditionally held in St. Petersburg.

“The coordinated work of all structures responsible for the development of NSR makes it possible to extend the duration of winter and autumn navigation. In February 2021, Novatek and Rosatom carried out a very early pilotage of tankers with liquefied gas along the eastern sector of the Northern Sea Route, accompanied by an icebreaker, the first time this has been done so early in the season. This accomplishment has been much appreciated by international companies, including consumers and investors, such as those in Novatek projects,” Korchunov concluded.

It is noteworthy that the Finnish design bureau Aker Arctic has also got down to working on shipments along the NSR. Following the recent Suez Canal blockage, the company unveiled a new Arctic container ship for year-round use along the Russian Northern Sea Route.

“Aker Arctic has developed a completely new concept for the Northern Sea Route, an icebreaking Arctic container ship, which can be used year-round to cover the much shorter distance between Asia and Europe. The company designed an 8,000 TEU container ship for independent use in both summer and winter along the Northern Sea Route,” the statement says.

The vessel will have a reinforced Arc7 ice-class hull, an icebreaker bow and other design features for operation in cold climate. It will be a double-acting vessel, capable of going stern-forward in heavy ice. In light ice or in open water, a 300-meter-long vessel will sail bow-first, like all others.

“Therefore, the much shorter northern distance becomes interesting if a decent speed can be achieved in winter and schedules can be relied on, which is now possible with our new design,” noted Aker Arctic representative Luigi Portunato.

Compared with the Suez Canal route, the distance from China to European ports along the Russian Northern Sea Route is about 40 percent shorter.