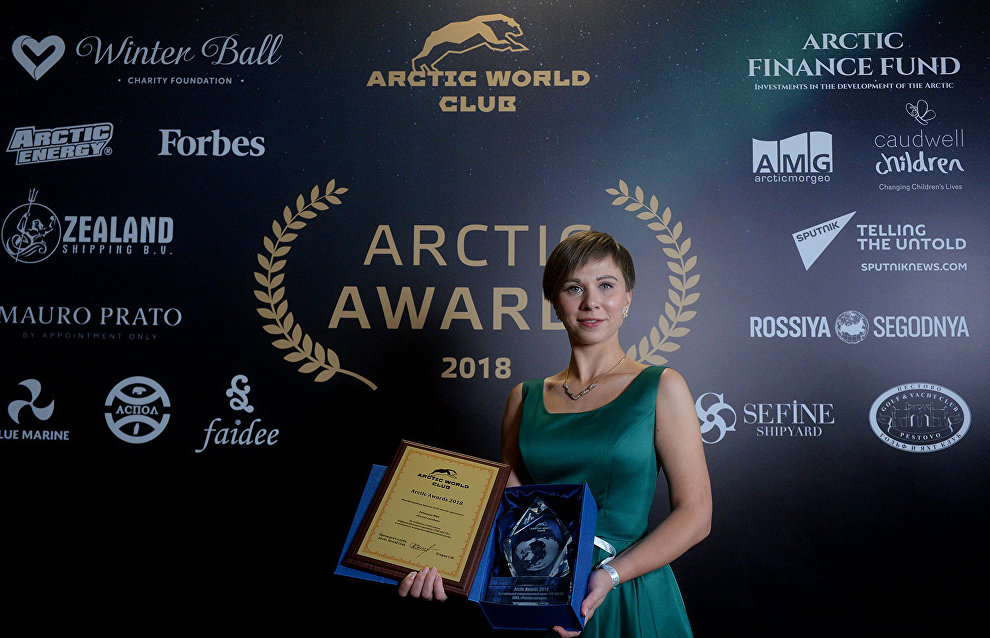 The awards ceremony for the Arctic Awards 2018, established by the Arctic World Club and the Association of Polar Explorers, was held on Saturday, December 1, in Moscow. The special prize for the best coverage of the Arctic and Antarctic went to Rossiya Segodnya's project Arctic.ru — the only international website devoted to the Russian presence in the Arctic. The prize is made from crystal and is shaped like a block of ice with sharp edges.

Russian Arctic National Park won the Knowledge is the Key category, while the prize for Promising Innovative Arctic Project went to the Iceberg Central Design Bureau. The Paulsen Publishing House, Russia's only publishing house that puts out documentary, fiction and non-fiction literature about the Arctic and the Antarctic, won the North Star category for two books in the Polar Classics series.

The ceremony was attended by Vladislav Tretyak, a Soviet hockey player, coach, and Russian state and political figure, and Alexei Nemov, a Russian gymnast, four-time Olympic champion and editor-in-chief of the Bolshoi Sport (Big Sport) magazine. Olga Kormukhina and Eteri Beriashvili performed at the event, and Alexei Frandetti's Bionca-Show presented a number from the musical Frozen. Fashion designer Alyona Akhmadullina showed her new collection, Snow Queen, and students of the Irina Viner-Usmanova Gymnastics Center also put on a show. The evening ended with a charity auction, the proceeds of which will go to the Winter Ball fund.