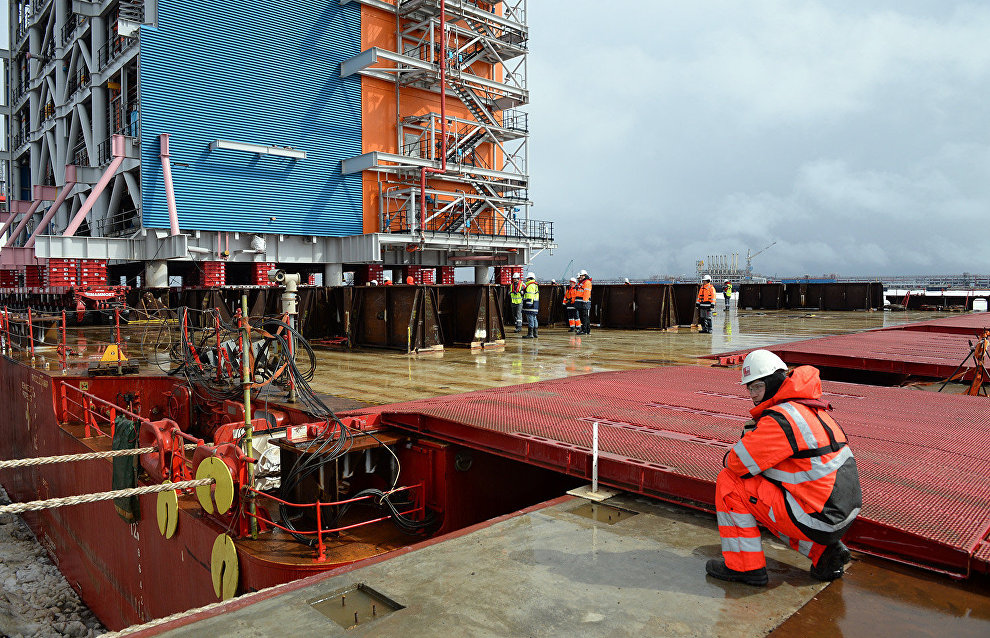 A ceremony is being held in the town of Sabetta in Yamal-Nenets Autonomous Area on Tuesday to mark the Yamal LNG plant's increase in output to its full design capacity of 16.5 million metric tons, according to the Russian government press service.

"Dmitry Medvedev will conduct a meeting on Arctic development in order to discuss plans for implementing investment projects in the Russian Arctic and ensure the development of the Northern Sea Route, in line with the tasks set in the presidential Executive Order No.204 of May 7, 2018," the press service reported.

The press release says that during his trip, Medevedev will attend the ceremony celebrating the Yamal LNG plant's attainment of full capacity. Minister of Energy Alexander Novak and head of the project's major stakeholder Novatek Leonid Mikhelson are also expected to take part in the ceremony.

Yamal LNG is a project involving the construction of a plant to liquefy natural gas, based in the Yuzhno-Tambeiskoye field. The project shareholders are: Novatek (50.1 percent), Total (20 percent), CNPC (20 percent) and the Silk Road Fund (9.9 percent). Three production lines, with 5.5 million metric tons capacity each, have been built under the project and the construction of an additional line with almost one million metric ton capacity is underway.

The plant's first production line was launched in December 2017. The opening ceremony was attended by President Vladimir Putin. The second line was put into operation in early August and the third, at the end of November. Notably, the second and the third lines were launched well ahead of schedule. The start of the fourth production line, which is to use Novatek's own gas liquefaction method (the Arctic Cascade), is scheduled for late 2019.

Earlier in December, Novatek noted that the increase in the Yamal LNG plant capacity would strengthen Russian position on the world LNG market and reinforce its leadership in developing the Arctic's resources.