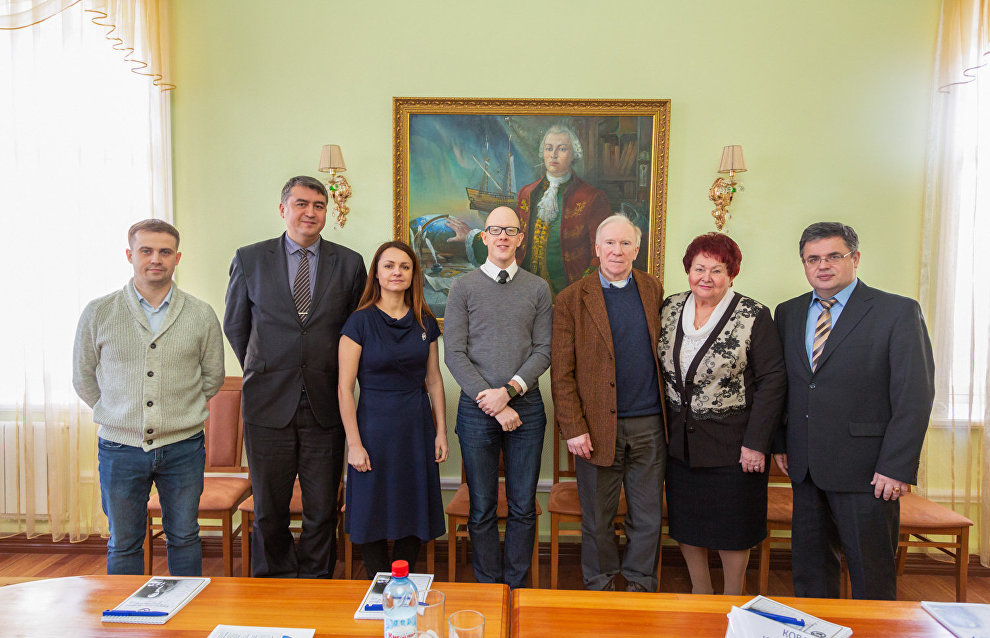 The organizers of Arctic Science Summit Week, the International Arctic Science Committee (IASC), announced that the Arkhangelsk venues are ready for the summit. IASC Executive Secretary Allen Pope said this during a meeting with the region's administration.

Allen Pope inspected the infrastructure of the Northern State Medical University and the Northern (Arctic) Federal University and visited the NArFu intellectual center and scientific library, the Lomonosov House science and education center, and Arkhangelsk's Gostiny Dvor (Merchant Court). Pope also met with representatives of the Arkhangelsk Region administration and university officials. He praised the educational and cultural venues proposed for the summit.

"We are happy that the event is being held in Russia; we will be able to invite more participants from here. I am confident that a special emphasis will be made on Russian research," the summit press service reported citing Pope.

Deputy Governor of the Arkhangelsk Region Artyom Vakhrushev said at the meeting that the region had applied to be the summit venue five years ago and that it had now been approved by the IASC.

"It is important for us that scientists from all over the world who study the Arctic will come to Arkhangelsk. It is a great honor and a big opportunity for the city because we are an Arctic region, and something of an intellectual gateway to the Arctic," Artyom Vakhrushev said.

The Arctic Science Summit Week program includes 22 scientific sessions on topical issues, research presentations, roundtable discussions, lectures by scientists, and meetings between the IASC and its partners. Indigenous People's Day and a large cultural and educational program will be organized on the sidelines of the summit.