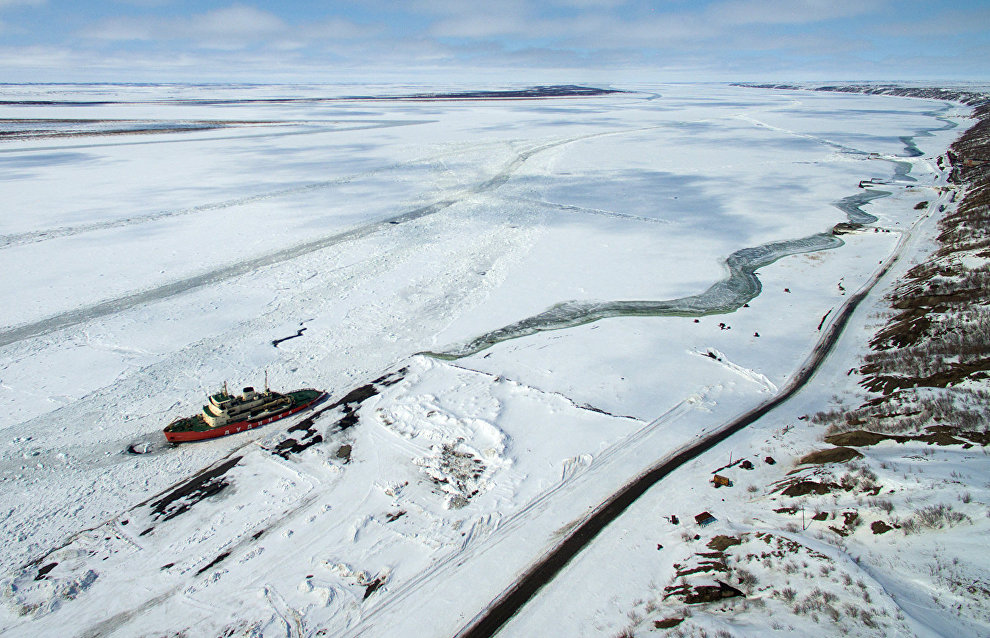 The Industry and Trade Ministry has received technical and commercial proposals for building four icebreakers with gas engines for the Arctic, RIA Novosti learned from the ministry's press service.

Following a meeting on Arctic development held in Sabetta in December 2018, Prime Minister Dmitry Medvedev instructed the Industry and Trade Ministry, the United Shipbuilding Corporation, the Zvezda Shipyard, Rosatom and Novatek to discuss plans for building four gas-fueled icebreakers by 2023 as part of the Arctic development strategy. Their proposals, including the shipyards, the timeframe and the cost of the construction, are to be submitted by March 1, 2019.

"The Industry and Trade Ministry together with Rosatom and other concerned organizations are analyzing options for building four gas-fueled icebreakers by 2023. We have received the technical and commercial proposals concerning the shipyards, the timeframe and the cost of this project," the ministry's press service noted.

"These vessels will be purchased in accordance with Russian legislation. A tender will be announced and a construction contract or contracts will be signed following a thorough analysis of the proposals," a ministry representative said.

The icebreakers will be built in Russia, but the ministry is so far keeping the names of the interested shipyards secret.