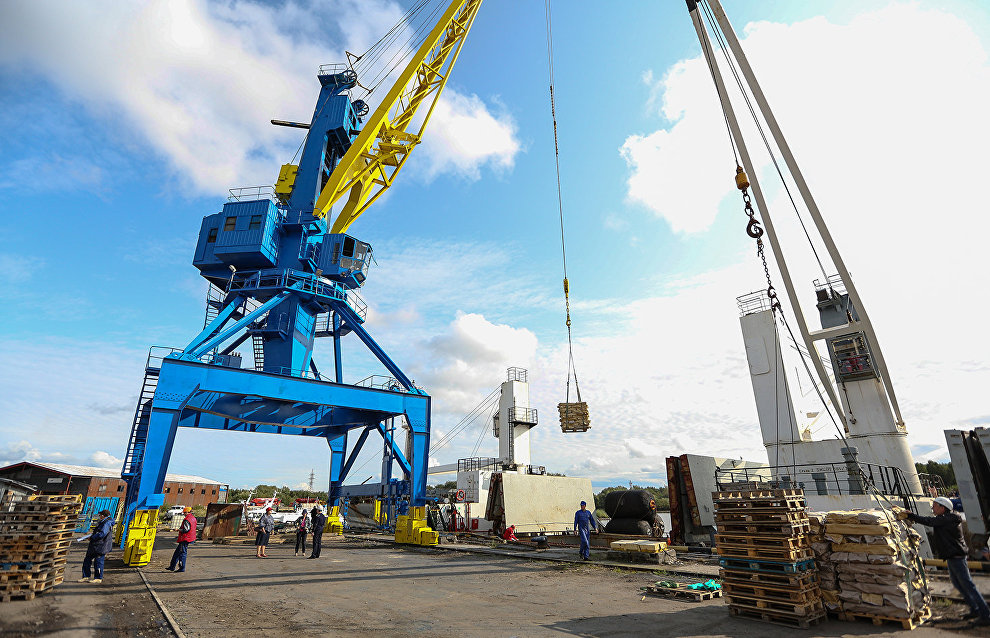 "Russia which has the longest Arctic border is especially interested in China's "Ice Silk Road" project that was unveiled last year. The aim of this is to build the infrastructure of a South-North transport corridor for delivering freight from Asia to Europe and to develop the coastal economic space as a result," Siluanov told participants during a panel session at the Belt and Road forum.

Russia has been using the Northern Sea Route more and more actively over the past few years, Siluanov pointed out. Although freight deliveries hit an all-time high in 2018, transit consignments earmarked for third countries total just two percent, he noted.

"The freight delivery time to Europe has been cut down to just two weeks via the Northern Sea Route. Therefore we believe that such transit corridors are among the most important tools for working under the Belt and Road Initiative," Siluanov said.

"All these tools allow us to develop the infrastructure of the Northern Sea Route, as well as the infrastructure of railways and motorways which is included in our plans. Therefore all these projects meet the interests of connectivity of the countries involved in the Belt and Road Initiative, and the countries of the Greater Eurasian Partnership that also involves the Russian Federation," Siluanov explained.