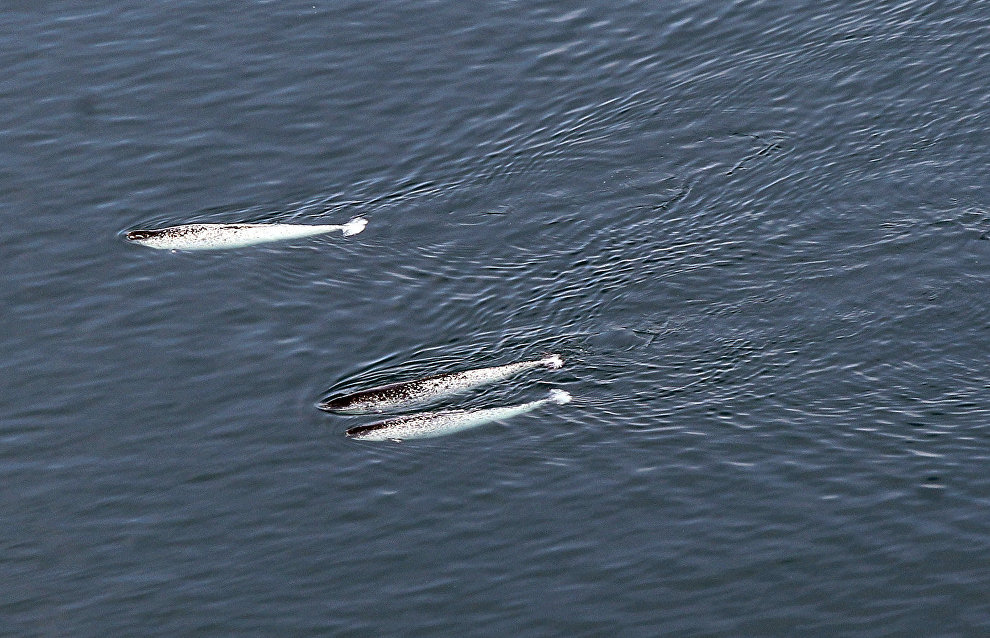 On May 15, researchers from the Severtsov Institute of Ecology and Evolution at the Russian Academy of Sciences will leave Arkhangelsk on the Mikhail Somov vessel for a month-long expedition to watch narwhals, the institute's website reports. During the expedition under the Trans-Arctic 2019 project they will study sea mammals and birds.

"In view of the changing climate, it is particularly interesting to watch how species that depend on the spread of ice adjust to the current changes. Monitoring narwhals and other large Arctic mammals will become a pilot study that will show us how to develop the project in the next few years," the report reads.

Researchers hope to see narwhals near Victoria Island and the Franz Josef Land archipelago. They plan to watch them both from the vessel and a helicopter. "Narwhals are a rare sight in the Russian Arctic, but no special study on their presence has ever been done. For the most part, they live in the waters around Greenland and Canada. Border service employees, meteorologists or national park rangers sighted narwhals mostly near Franz Josef Land," the report quotes Dmitry Glazov, deputy head of the Beluga-White Whale program and a specialist on sea mammals, as saying.

Narwhals are cetaceans, the closest relatives of beluga whales. Their body may be up to six meters long. They do not have teeth. Males have one left tooth that grows into a tusk while most females do not have one. The male tusk may be three meters long and weigh up to 10 kilos. According to tentative estimates, some 10,000 narwhals live in the waters of Canada and north-western Greenland. No data is available about their numbers in other countries' costal areas. Russia has yet to carry out a narwhal count. Narwhals are listed in the Red Data Book of the Russian Federation.