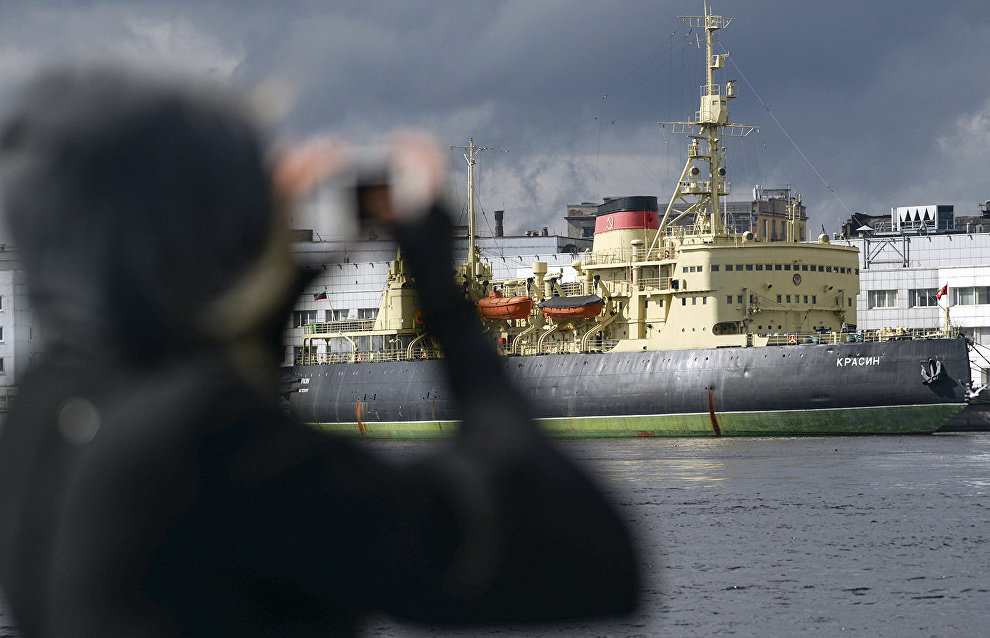 On the first day of the St. Petersburg International Economic Forum (SPIEF), the United Shipbuilding Corporation (USC) will hold a roundtable discussion on the expansion of the icebreaker fleet as part of development plans for the Arctic territories and the Northern Sea Route, the USC press service told RIA Novosti.

"On June 5, the icebreaker Krasin will host a roundtable discussion in St. Petersburg on the role of the icebreaker fleet and its expansion in developing the Arctic territories," the press service said.

The United Shipbuilding Corporation's Baltic Shipyard is currently building three Project 22220 multirole nuclear-powered icebreakers, the Arktika, the Sibir and the Ural. Construction of all of them has already begun, and, once completed, they will rank among the largest and most powerful icebreakers worldwide.

In a RIA Novosti interview earlier this May, USC CEO Alexei Rakhmanov said contracts for building two more Arktika-class icebreakers are expected to be signed soon. He later noted that the corporation hoped to begin their construction at the Baltic Shipyard before the year is out.