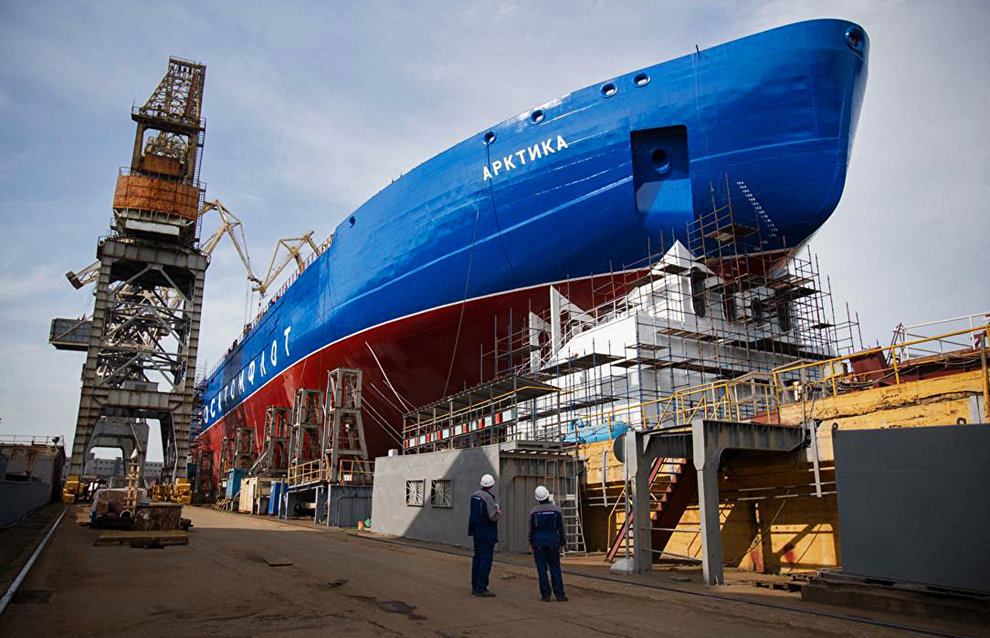 Rosatomflot: Arktika icebreaker reactor to start up in autumn

The reactor aboard the Arktika, Russia's lead universal nuclear-powered icebreaker under Project 22220, is scheduled to start up this autumn, Rosatomflot General Director Mustafa Kashka told RIA Novosti on Wednesday.

Nuclear fuel loading in the icebreaker's reactors began in May this year. He said that the process would be completed shortly.

Currently the Baltic Shipyard in St. Petersburg is building the most powerful Russian universal nuclear icebreakers of Project 22220 under a contract with Rosatom. The Arktika lead icebreaker has been built, and the Sibir and the Ural serial icebreakers are under construction. Sea trials for the Arktika are scheduled before the end of the year, and in 2020 the icebreaker will be delivered to Rosatom.