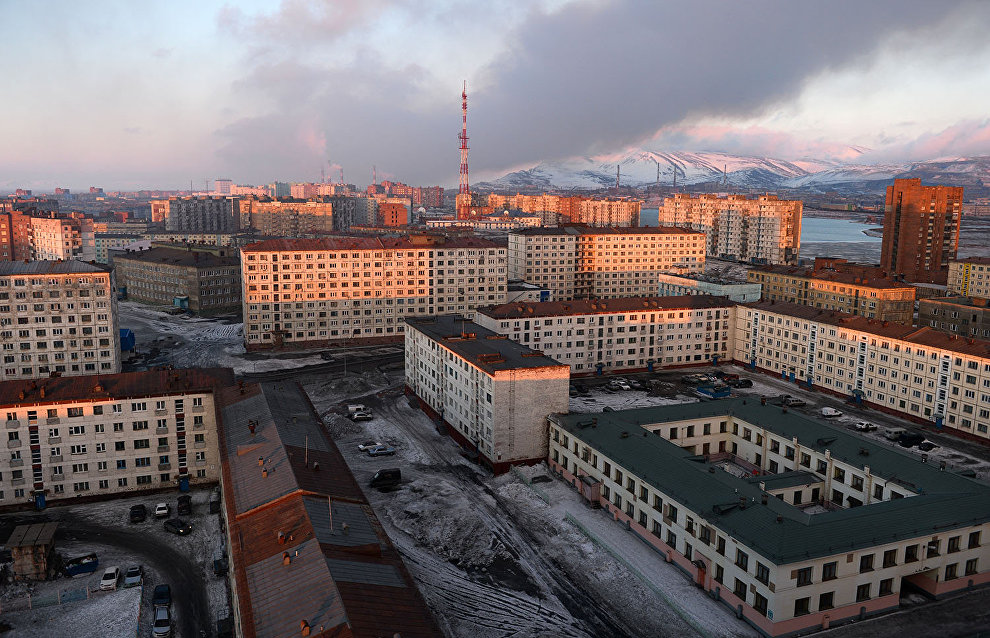 Zoologists from Royev Ruchei Park of Flora and Fauna in Krasnoyarsk teamed up with their colleagues in Norilsk to catch a female polar bear that wandered into the city from the Kara Sea coast several days ago, according to the City Hall press service.

Earlier, it was reported that residents of Norilsk, located above the Arctic Circle, were posting photos and videos of the bear on social media networks. The animal is not aggressive and is being tracked all the time, sources at the Krasnoyarsk Territory's Police Department noted.

Officials at the Krasnoyarsk Territorial Ministry of Ecology and Rational Nature Management confirmed that the bear was being watched round the clock, and that tight security measures prevented anyone from crossing the 30-meter security perimeter around the animal. Its movements are continuously tracked.

Specialists who have arrived in Norilsk to examine the bear will decide whether to relocate her to the Arctic habitat or to the Krasnoyarsk Zoo. They estimate that the bear covered at least 500 kilometers before reaching Norilsk.

The female bear is about 12 months old and weighs about 200 kilograms, City Hall sources said. She is currently staying at a local rescue center and will be examined by vets today.

On Friday, the bear will be sent to Royev Ruchei Park of Flora and Fauna in Krasnoyarsk as it is suspected that she will not be able to be set free in the Arctic for health reasons. While in Krasnoyarsk, the bear will receive a complete medical checkup and the required treatment.