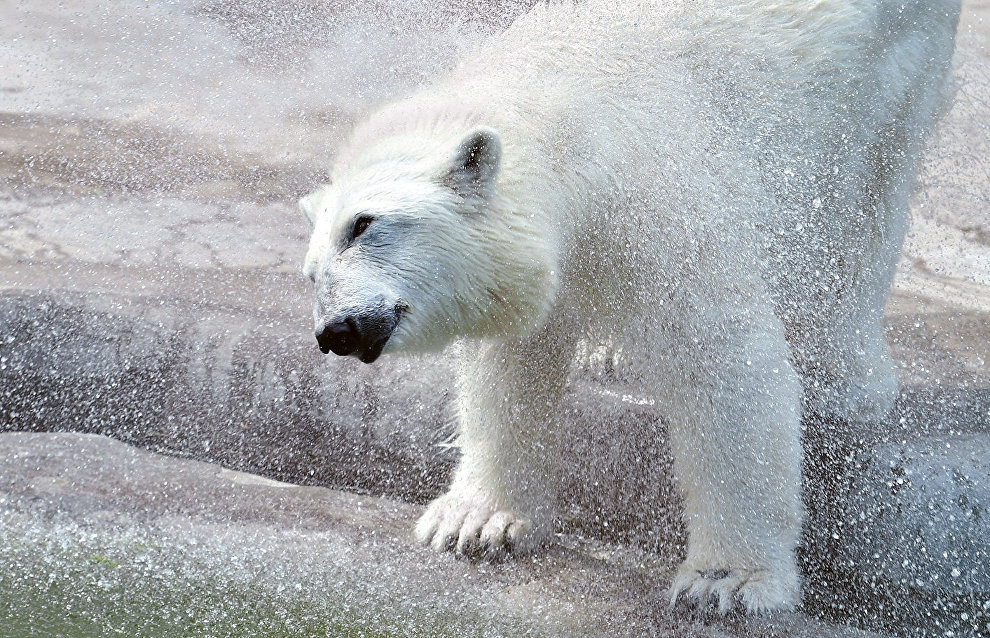 "We designed a line of special toys for polar bears in cooperation with a Divnogorsk company and Rosneft. They are significantly cheaper and much more appealing than similar German toys. Our ones contain capsules that can be ‘filled' with various smells as well as sounds. It is very important for bears to have something that sparks their interest," said Andrei Gorban, Director of the Royev Ruchei flora and fauna park.

Light blue-colored toys are shaped as one-meter-long cylinders. They are made out of eco-friendly materials and are absolutely safe for animals. "They have cavities where you can put treats to create smells. You can also make the toy rattle using small stones and nuts," commented Royev Ruchei worker Yekaterina Mikhailova.

For example, the park's female bear, Ursula, really enjoyed playing with a toy that smelled of fish oil.

The first batch of the toys will be delivered to the zoos before the end of July, including to the Royev Ruchei flora and fauna park in Krasnoyarsk that is now home to the female polar bears rescued by Rosneft in Norilsk and Dikson Island. Eventually, all the Russian zoos that take care of these Arctic predators will receive the toys.