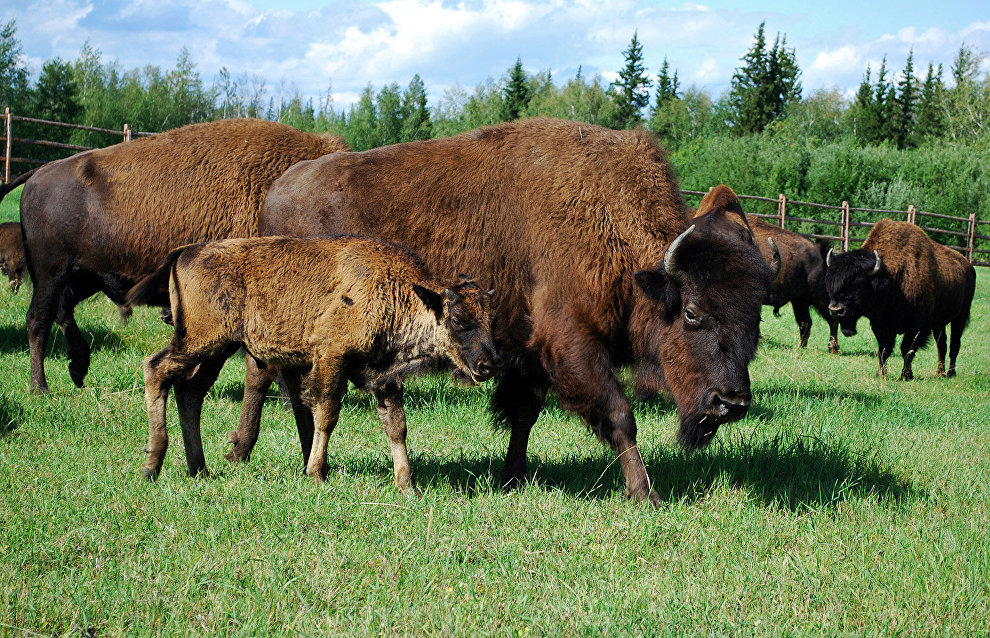 On July 23, officials of the Republic of Sakha (Yakutia) approved the addition of wood bison to the Yakutian list of threatened species.

Back in 2006, the republic's officials started reintroducing wood bison to central Yakutia by transferring 30 young bison from Elk Island National Park in Canada. Three parties, each consisting of 30 calves, were imported. Currently, the number of bison of Canadian and local origin is 212 animals, according to the press service of the Yakutian head and government.

"Since the first party of wood bison was released into nature, protection of wild animals from poaching has become a more pressing problem. Within the borders of Sinyaya Nature Park, the animals are protected by the law but outside its boundaries, the bison are in danger. As a consequence, it is necessary to include them in the republic's list of rare and endangered species. Should the breeding of wood bison in the harsh conditions of Yakutia prove successful, there will be the possibility of resettling bison across the taiga in northeastern Russia," said Yakutian Minister of Environment, Natural Resources and Forest Management Sakhamin Afanasyev.