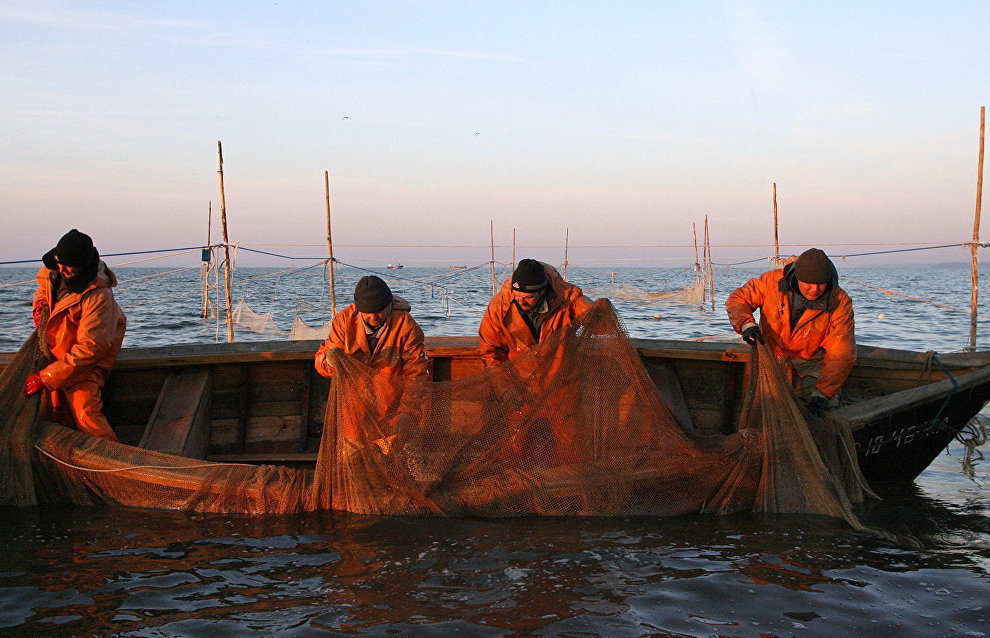 The Federal Agency for Fishery plans to assess the stocks of snow (opilio) crab in the Kara Sea before announcing a crab catch quota auction in 2020, Ilya Shestakov, head of the agency, told journalists.

"An Arctic expedition will begin work today as one of our research vessels sets out from the Far East toward the northern seas," Shestakov said. "Another piece of research will be conducted in the Laptev and Kara seas. We expect to be able to estimate the stocks of snow crab in the Kara Sea in order to announce an auction next year to catch crab in this new area."

According to Shestakov, the scientists do not know for sure as yet how the crab reached this area.

"Most likely, this was natural migration from the east to the Barents Sea via the Arctic route," Shestakov said. "Until recently, scarce food and colder waters of the Kara Sea have prevented the snow crabs from breeding in this area. However, according to recent estimates, it will be possible to catch snow crab in the area due to an upward trend in crab numbers."

The snow crab's original habitat is in the northwestern part of the Atlantic Ocean and the northern part of the Pacific Ocean. In the 1990s, they were first spotted in the Barents Sea.