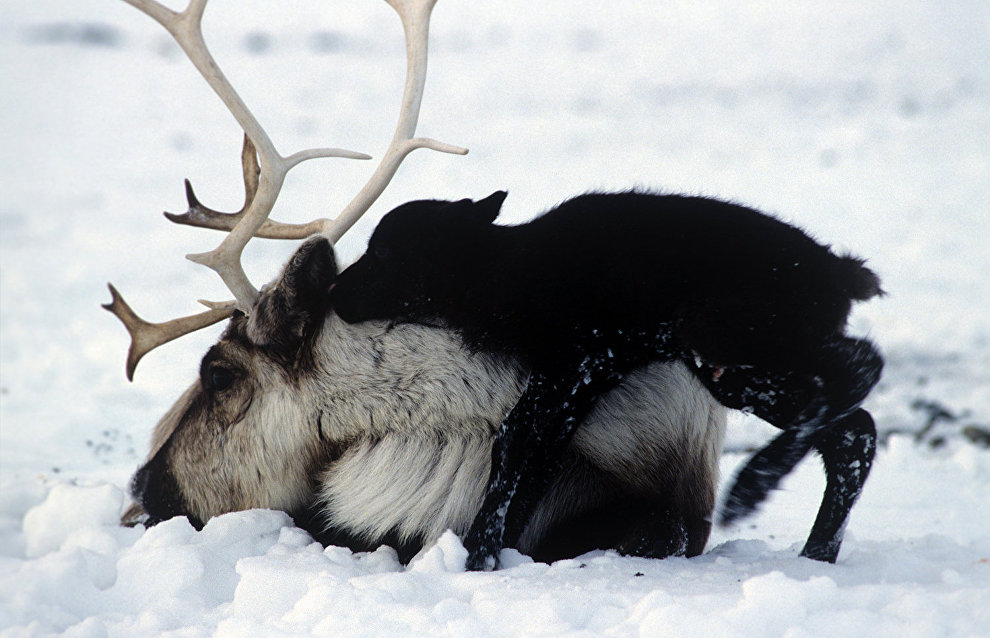 A research expedition to study wild reindeer has been completed in Taimyr, a press release from the World Wide Fund for Nature (WWF) reports. According to the organization's preliminary data, the reindeer population could disappear altogether in several years.

For two weeks, experts from Taimyr nature reserves, the Central Siberian Nature Reserve and the Institute of Ecology and Evolution at the Russian Academy of Sciences, have explored the Taimyr Peninsula that covers over 80,000 sq km. They have flown more than 3,000 km and hiked another 1,700 km along the Pyasina River and its tributaries.

"The Yenisei group of reindeer has disappeared. The far western Tarei group, which had 44,000 reindeer according to the 2017 count, has decreased several-fold and now only includes a few thousand animals. The scientists also note a low share of calves born this year. For example, in the early summer the lowest level of newborn calves in 40 years was recorded on the Kheta River: only between five and seven percent," the press release says.

The WWF, citing expert opinion, said that there were two main reasons for the decrease and structural damage in the Taimyr population: poaching and climate change.

"The only way to prevent the population from disappearing is to introduce strict state control over the use of this natural resource and restrict the real volume of the removal of animals according to a scientifically based limit and quotas. There is also a drastic solution: to prohibit hunting for one year. Otherwise, the Taimyr reindeer population will share the fate of American bison, Russian Saiga antelope and several smaller wild reindeer populations killed to satisfy people's greed," said Mikhail Bondar, research department head at the Joint Directorate of Taimyr Nature Reserve.

The WWF believes that it is necessary to change the resource management system for the Taimyr reindeer population.