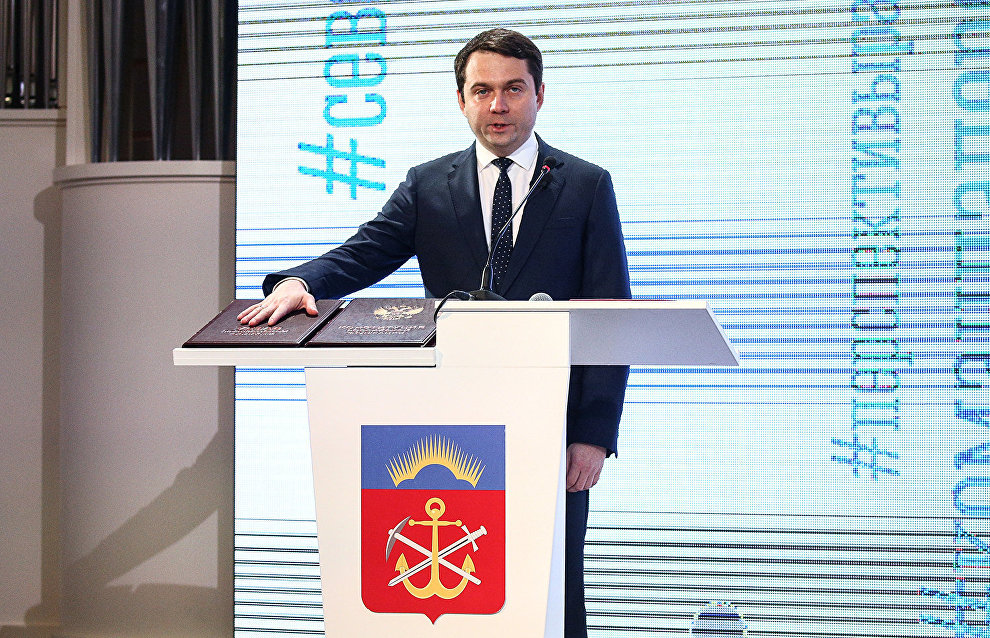 Andrei Chibis, who had won the governor election in the Murmansk Region, officially assumed his office last Friday at the regional philharmonic society, according to RIA Novosti's correspondent who covered the inauguration ceremony.

The event opened with a speech given by Chibis. He said that he would like to speak about what he wanted to achieve as governor, because he did not work on his election campaign, serving as the acting governor.

Speaking about his goals, Chibis noted a decrease of out migration, because about 4,300 left the northern region every year. "Our key challenge and task over a period of the next 10 years is to change this trend," Chibis said.

In order to do this, the governor plans on providing the possibility for those who are interested to relocate to the Murmansk Region and he hopes to decrease the mortality rate as well as out migration, and to take measures to increase the birth rate. "We should establish tax benefits to increase incomes, so it would be profitable to invest in people," Chibis noted.

Chibis's task list of things that must be addressed to implement the main goal also included the construction of schools and kindergartens, support of working women and large families, the creation of up to 2,000 jobs for specialists and also such fields as creating opportunities for personal development.

Chibis also stressed the need to reform the healthcare system, increase the quality of elderly people's life, create a comfortable urban environment, and to build housing.

"I will do this, and I am making an oath on this. This job is not easy; it will not only take five years, but 10 long years. I am asking everyone to consolidate in order to address this," Chibis said.

At the September 8 election, Chibis won the majority of 60.07 percent of the votes. He assumed the office of Marina Kovtun, who resigned prematurely.