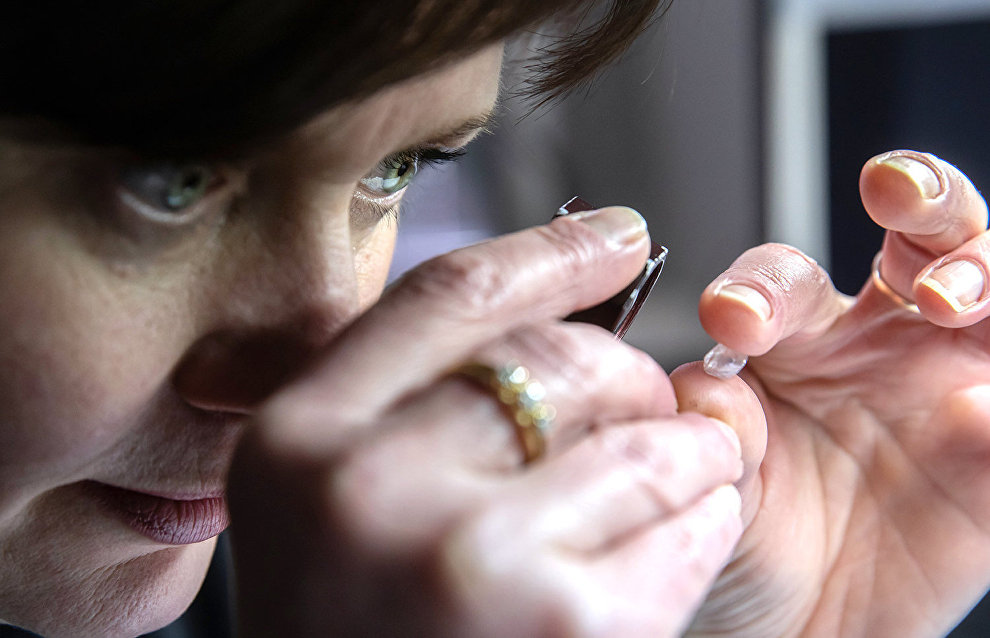 An unusual diamond with another one rolling freely inside it was mined in Yakutia at the Alrosa-run Nyurbinsky Diamond Mining Plant, the Alrosa website reports.

"This precious stone is so peculiar, it's like the iconic Russian matryoshka doll," the Alrosa news service said. "According to specialists who examined the find, this is the first diamond of its kind to have been mined in the entire history of diamond mining."

The amazing diamond was detected during sorting by Yakutian Diamond Trading Company specialists, who took it to the Alrosa R&D Geology Unit. There, scientists used several methods to examine it, including Raman scattering spectroscopy, infra-red spectroscopy and x-ray microtomography. The scientists put forward a hypothesis concerning the origin of the crystal: first, they say, the inside diamond was formed and during subsequent growth it came to be enclosed by another diamond.

Most of all, the experts were interested in the origin of the air space between the two diamonds. They suggested two hypotheses. Under one, the diamond, while it was growing, was trapped by a mineral from the Earth's mantle, which later dissolved in the atmosphere. According to another version, the ultra-rapid growth of the diamond led to the creation inside it of porous polycrystalline diamond substance, which later dissolved in the course of more aggressive processes in the planet's mantle.

"The dissolution of the substance allowed one diamond to start moving freely inside the other diamond like a matryoshka doll," said the news service, citing Deputy Director of the Alrosa R&D Geology Unit Oleg Kovalchuk. "As far as we know, this type of diamond has never been mined in the history of diamond mining in the world. This is really a unique creation of nature, given that nature abhors a vacuum. Usually, in similar cases, minerals are replaced with others without cavities being created."