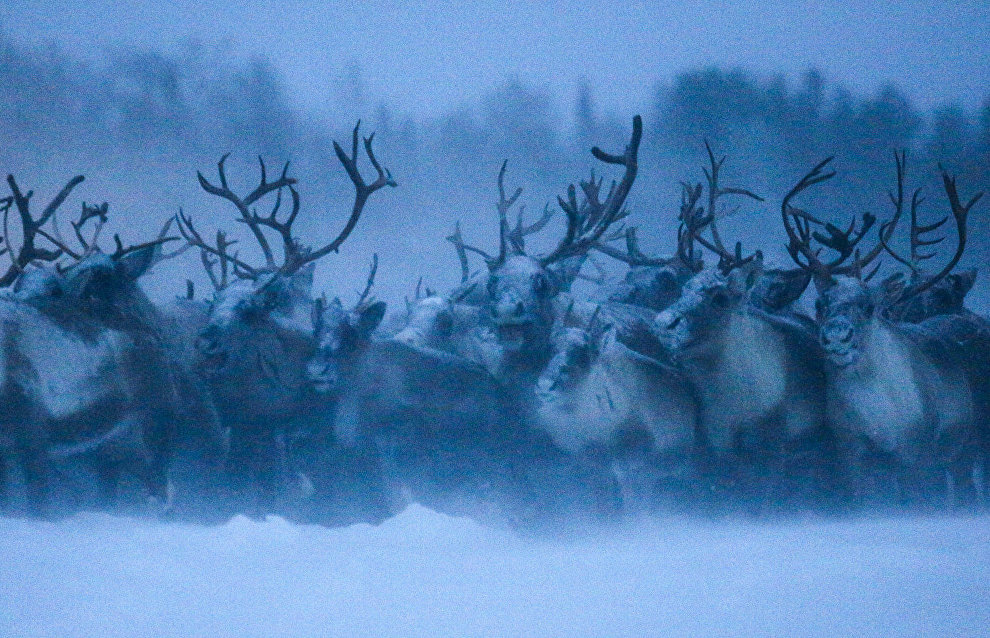 The Ministry of Natural Resources and Environment has urged the authorities of the Krasnoyarsk Territory and the Republic of Sakha (Yakutia) to take urgent measures to protect the reindeer population, including to consider a hunting ban, the ministry's press service has reported.

"Experts name the plunder of natural resources, poaching, an excessive number of wolves and industrial hunting, which takes place almost all the year round, among the main reasons for the decline in the numbers of the reindeer population," the ministry's press service pointed out.

Reasons for the dangerous decrease in the Taimyr reindeer population include hunting migrating female reindeer and the large-scale removal of antlers from youngsters, something that can be fatal as it causes pain and shocks the animals.

"The problem calls for taking comprehensive emergency measures to protect and ensure sustainable reproduction of these animals. Under a federal law, the powers to preserve and use hunting resources and their environment have been delegated to the regional authorities. I would like to ask you to use these powers in order to analyze the possibility of banning wild reindeer hunting along their seasonal migration routes," says an address of the Natural Resources Minister to the governments of the Krasnoyarsk Territory and the Republic of Sakha (Yakutia).

The minister has asked the heads of these regions to personally monitor the matter.