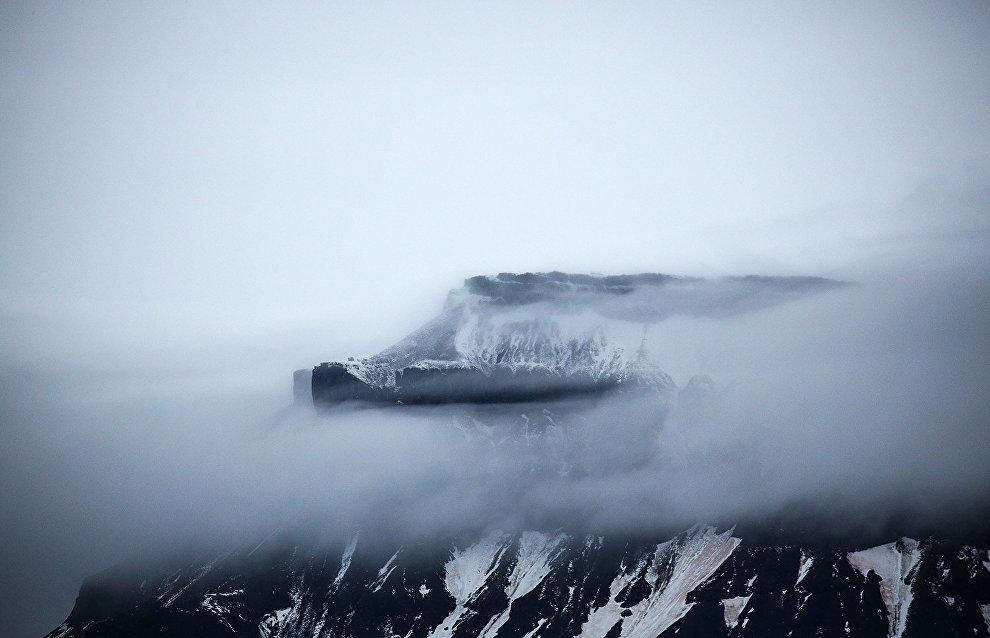 The crew of an Ilyushin Il-38 maritime patrol and anti-submarine warfare (ASW) aircraft serving with the Russian Northern Fleet has retraced the first Arctic route used by polar pilot Yan Nagursky 105 years ago, the fleet's press service said on Wednesday.

"The crew of an Il-38 ASW aircraft, deployed at an air base of the Northern Fleet's air force and air defense element and commanded by Lieutenant Colonel Anton Starostin, has retraced the first Arctic routes used by polar pilot Yan Nagursky 105 years ago," the press release notes.

The aircraft flew at low altitudes over the Novaya Zemlya and Franz Josef Land archipelagoes, as well as over the Barents and Kara seas. It took the plane about eight hours to cover the 4,000-kilometer-plus route.

The crew then flew slowly at an altitude of 100-400 meters, simulating the first Arctic flight performed by Yan Nagursky in a Maurice Farman MF-11 Shorthorn biplane. The Il-38 flew from Admiralteistva Peninsula toward Pankratov Island and Cape Zhelaniya on Severny Island of the Novaya Zemlya Archipelago and later headed toward the islands of the Franz Josef Land Archipelago.

By 1914, three Russian expeditions, headed by Vladimir Rusanov, Georgy Brusilov and Georgy Sedov, were reported missing. On January 18, 1914, acting on the initiative of the Russian Geographical Society, the Council of Ministers of the Russian Empire instructed the Ministry of the Navy to launch a search for them. Lieutenant Yan Nagursky was ordered to locate expedition members.

The pilot who had never been to the Arctic before contacted the legendary Norwegian polar explorer Roald Amundsen for advice, and he also decided to use a Maurice Farman MF-11 Shorthorn biplane. Nagursky first took off on August 21, 1914, and the first Arctic flight in history lasted four hours and 20 minutes. All told, Nagursky performed five long-duration reconnaissance flights along the western coast of the Novaya Zemlya Archipelago and also near Franz Josef Land.

Although the pilot failed to locate any traces of the expeditions which had gone missing, he seriously amended maps of that period and informed the crews of support ships about the ice situation enroute for the first time in history.