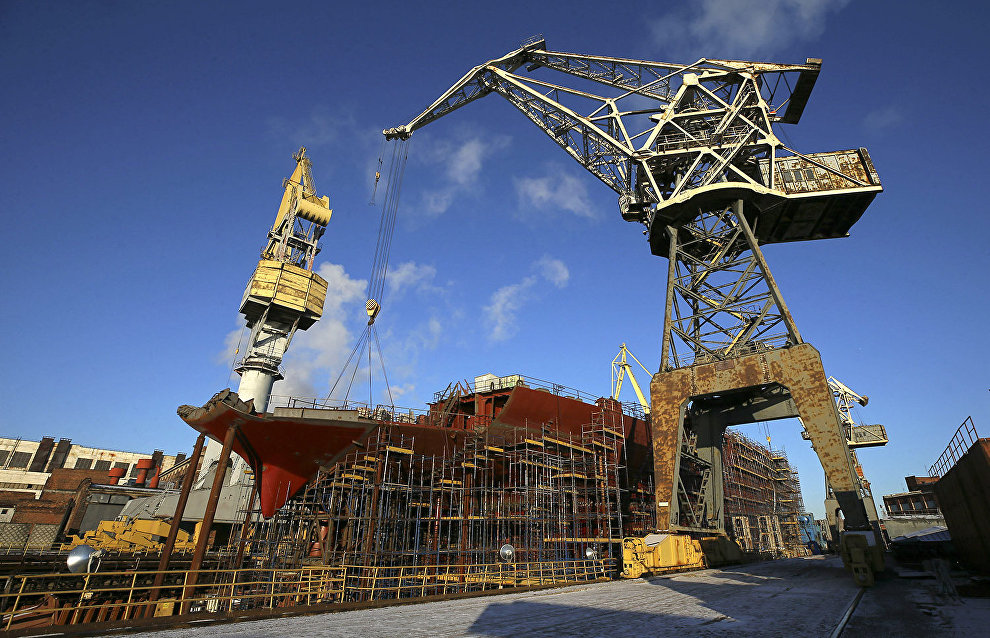 The icebreaker Viktor Chernomyrdin is to enter service on December 25, Rosmorport Director Andrei Lavrishchev told journalists on the sidelines of the International Transport and Logistics Forum PRO//Movement.1520.

In November 2018, fire started aboard the unfinished icebreaker Viktor Chernomyrdin, commissioned by Rosmorport, gutting an area of 300 square meters. One person sustained burns as a result. In December 2018, Head of the United Shipbuilding Corporation Alexei Rakhmanov told journalists that the deadline of the launch might be delayed by up to three months, citing the need to replace equipment after the fire. However, the icebreaker was expected to enter into service in 2019, just as planned. The United Shipbuilding Corporation's officials estimated the losses incurred at 150 million rubles.

"Yes, so far we are planning to commission the ship on December 25," Lavrishchev noted, while replying to a question as to whether Rosmorport was expecting to receive the icebreaker in December.

Earlier this October, the press service of the Admiralteiskiye Verfi Company (as part of the United Shipbuilding Corporation), said the icebreaker had already completed its trial run, and that ice tests were scheduled to take place in March-April 2020, that is, after the ship's transfer to the customer and after thick ice floes form. This past summer, Rosmorport sources noted that the United Shipbuilding Corporation had confirmed the December 2019 delivery deadline.

The icebreaker Viktor Chernomyrdin is one of the world's most powerful diesel-electric icebreakers. The vessel of 22,300 tons' displacement is capable of speeds of up to 17 knots in ice-free water and can pass through a continuous expanse of ice up to three meters thick covered with 20 centimeters of snow at a speed of two knots forward and back. The icebreaker has a crew of 38 and can remain self-sufficient for a total of 61 days. The icebreaker is intended for providing support and towing vessels through ice and can take research expeditions to the Arctic or the Antarctic and back and deliver the necessary supplies to them. The icebreaker can also be used to extinguish fires.