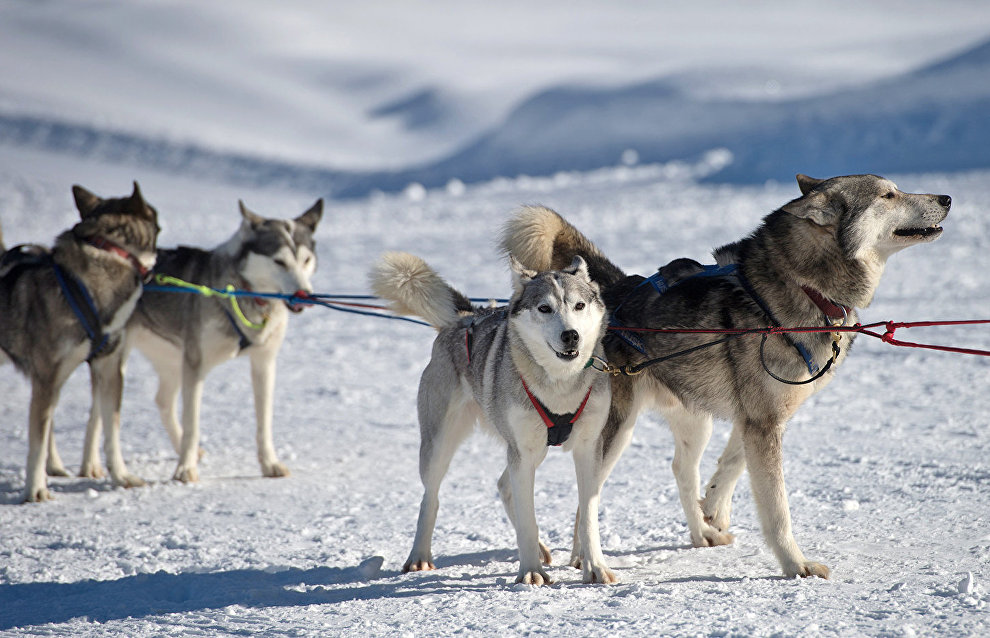 A kennel where sled dogs (Siberian Huskies) will be trained has been established in a detached motorized rifle brigade of the Northern Fleet, located in the village of Alakurtti, Murmansk Region, said head of the Northern Fleet's press service, Captain 1st Rank Vadim Serga.

"At the moment, the dogs are being trained to carry sleds by brigade member Nadezhda Timonina, an experienced instructor and many-time winner of national sled dog competitions," Serga noted.

He also said that at the start of the new academic year, dog training will become part of the Arctic brigade reconnaissance members' education.

Earlier on, dogs that belonged to enthusiasts of sled dog racing from the Murmansk Region were used in training to operate the traditional transport of the indigenous peoples of the Far North and the Arctic by the Arctic brigade. As of now, several new sled dog teams will join a group of guard dogs, Serga added.