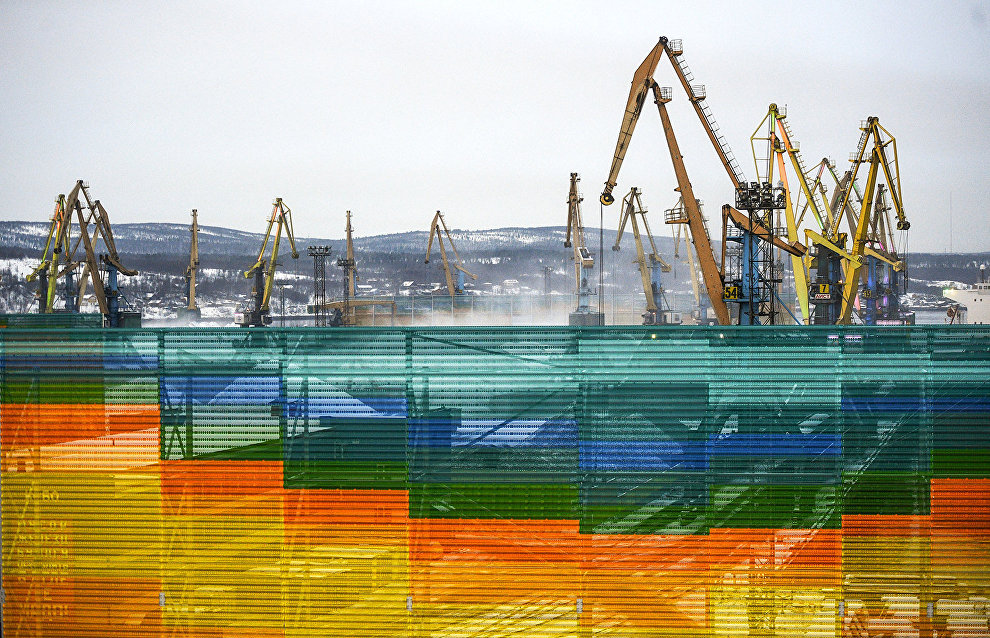 The construction project will receive around 700 million rubles in investment. The dust and wind screen that will be 20 m high and 1.8 km long is necessary to reduce the velocity of wind that comes in from the sea and blows coal dust towards the city.

"The main effect we are looking for by installing the screen is not to physically stop the dust from spreading but to slow down the wind," said Alexei Rykovanov.

The facility is currently 60 percent complete and is expected to start operating in March 2020. The screen will be painted multiple bright colors, which, according to its designers, will symbolize the northern lights.

The project was developed by Chinese designers and finalized by Russian experts taking into account the region's climate. The screen is supported by a concrete foundation that goes down 15 to 28 meters deep into the ground.