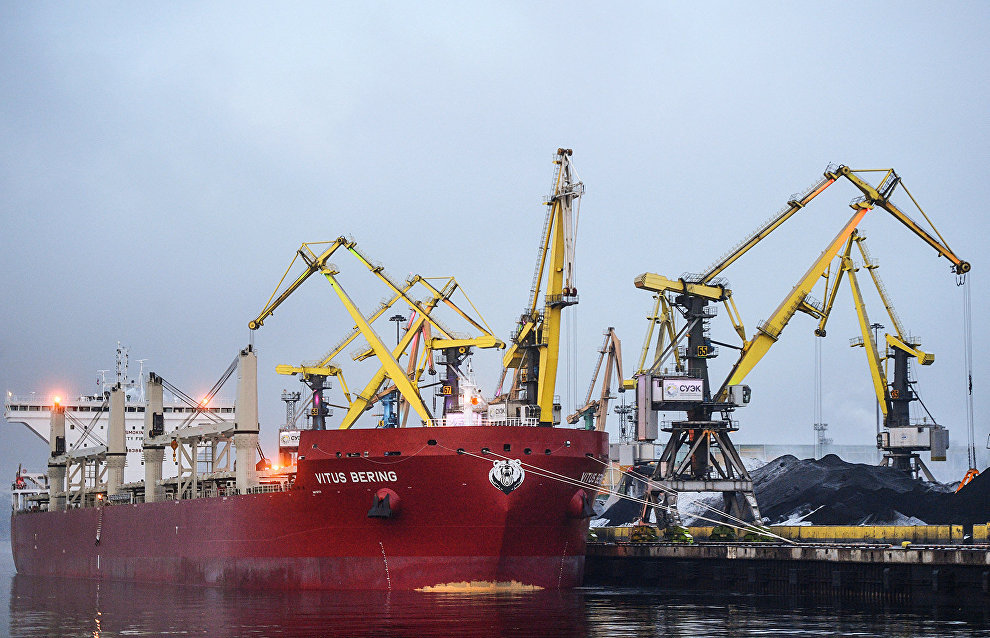 The ice-class bulk ship, ARC 5 Vitus Bering, sailed empty to the MCSP via the Northern Sea Route in early November.

"This is the first time she is being loaded. Packed with coal, the ship will head for Amsterdam. She is an ice-class ARC 5 ship and this makes it possible for her owner to position itself on the northern freight market as a worthy participant. It was important for them to take their first cargo on board in the north — either in Dudinka or in Murmansk," he pointed out.

The Vitus Bering will be loaded with a total of 93,000 tons of coal.