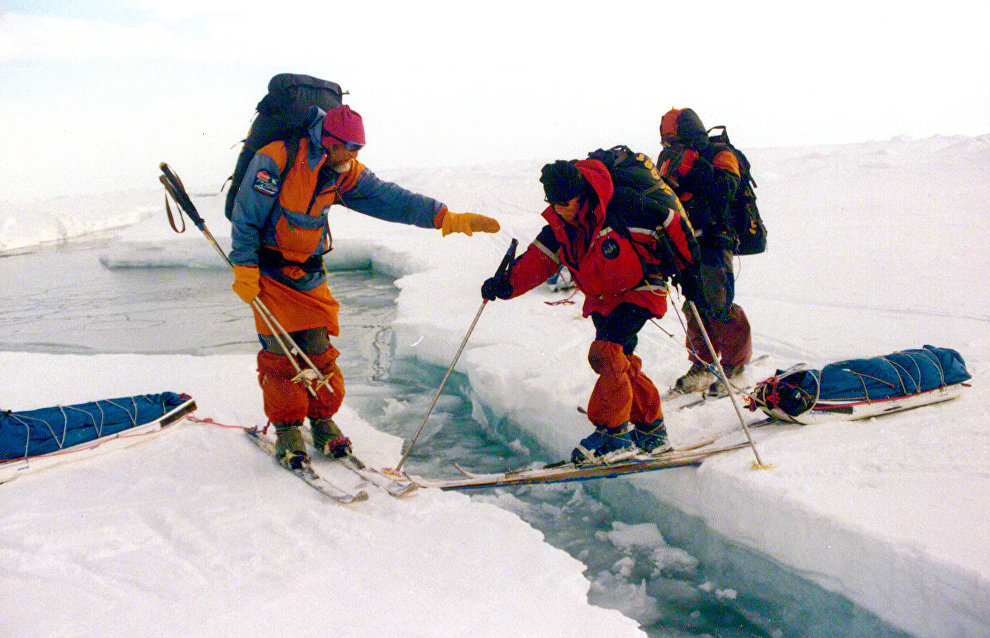 In the next two years, Russian scientists will study deep sea sections of the Arctic Ocean. Details of the North Pole 2020 expedition in the high altitudes of the Arctic were discussed at today's Russian Academy of Sciences (RAS) Presidium meeting.

In all, 400 scientists from 20 RAS research institutes, Roshydromet (Russian Meteorological Service), Rosatom (State Atomiс Energy Corporation), the Healthcare Ministry and the Kurchatov Institute Research Center) will take part in the expedition. The research program will include 40 scientific projects in eight areas, including atmospheric, biological, geophysical, hydro-acoustic, environmental, and medical-biological research.

The Kapitan Dranitsyn, an icebreaker that is to be frozen in the ice, will become the base for the expedition. It is expected to start drifting in the area of the New Siberian Islands (about 85°N), after which it will go to the Amundsen Basin, move along the Lomonosov Ridge and turn left, crossing the Gakkel Ridge. The researchers will be taken to the station by helicopter in the first few months. A runway will be cleared on a well-established ice floe in March. It will be also possible to airdrop equipment, fuel and food. This information was provided by Sergei Khrushchev, director of the Department of State Policy and Regulation in Hydrometeorology, the Study of the Arctic, Antarctic and World Oceans at the Ministry of Natural Resources and Environment of Russia.

"During the eight-month-long drift, the expedition plans to confirm that the Lomonosov Ridge is part of the mainland and measure the deep-water structure of the Amundsen Basin and the Gakkel Ridge. The results of these studies will bolster the vast geographical basis for the seismic profiles made by geographical expeditions over many years," said Academician, Deputy Director of the Shirshov Institute of Oceanology Leopold Lobkovsky.

In turn, RAS Academician, bio-oceanologist Mikhail Flint said: "We know that there is almost no multiyear ice left in the Arctic. Very important processes are taking place there. This is a unique opportunity for scientists to answer the main question — what will happen next?"

"We want to make a number of adjustments to the expedition program. It is important to find out what is taking place in the Arctic in the context of current climate trends. We must use this opportunity to learn what is happening in the planet's ‘weather kitchen,'" said RAS President Alexander Sergeyev.

"Imagine, we complete this expedition and don't reach any conclusions. What if the methane disaster we are discussing now, breaks out in five years? We must admit that such a risk exists. The expedition must study this methane issue. It would be a mistake to ignore it," he added.