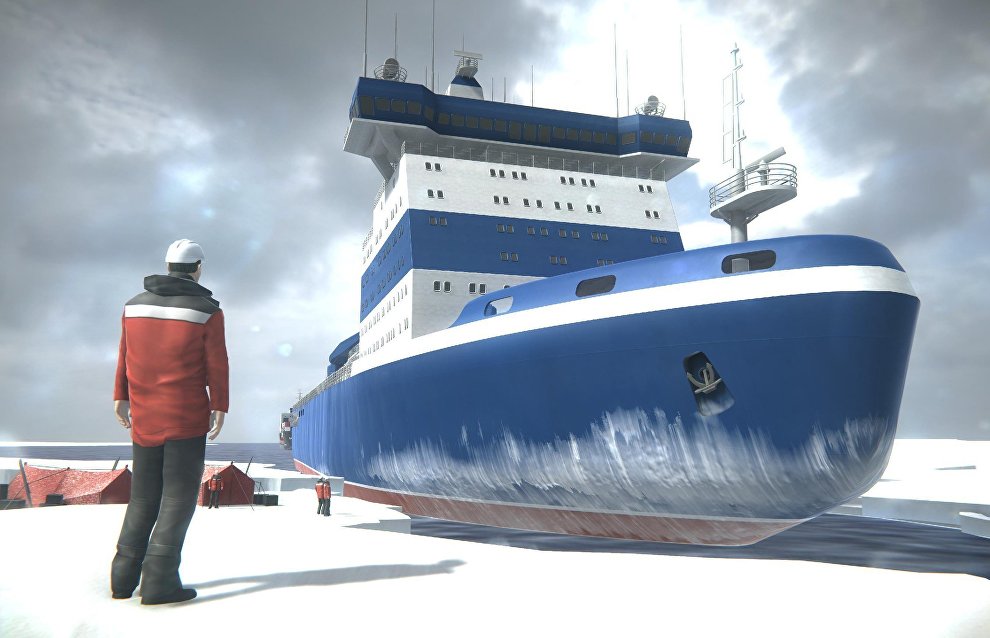 The augmented reality project How It Is Made: Nuclear Icebreaker Arktika of the Rossiya Segodnya International Information Agency is contending for the national Two Poles Award.

This unique project lets users learn about the construction, characteristics and special aspects of the world's largest and most powerful new generation icebreaker which will enter service in 2020. The AR rendering, which is available in the RIA.Lab mobile app, provides a nearly full-size in-and-out view of the ship, its engines, motors and other features, and also shows how the ship cuts a three-meter-thick layer of ice with polar bears around.

The Rossiya Segodnya International Information Agency has been developing virtual and augmented reality projects since 2018. The agency has won various Russian and international awards, including the European Digital Media Awards, the IPRA Golden World Awards 2019, the Union of Words and Kindness Russian competition and others.

The national Two Poles Award honors the memory of Nikolai Kornilov, the legendary polar researcher who dedicated his whole life to studying the Arctic and Antarctic regions and led the North Pole 10 drifting research station. The award is presented in 12 nominations: Medicine, Quality of Life, Ecology, Science, Education, Industry, Agriculture, Infrastructure Development, Digital Economy, Tourism, International Cooperation and Exports, and Social Initiative. Each nomination is divided into three following category: projects, goods/services and concepts/development. Applications for the award are being accepted on its official website through August 20, 2020.