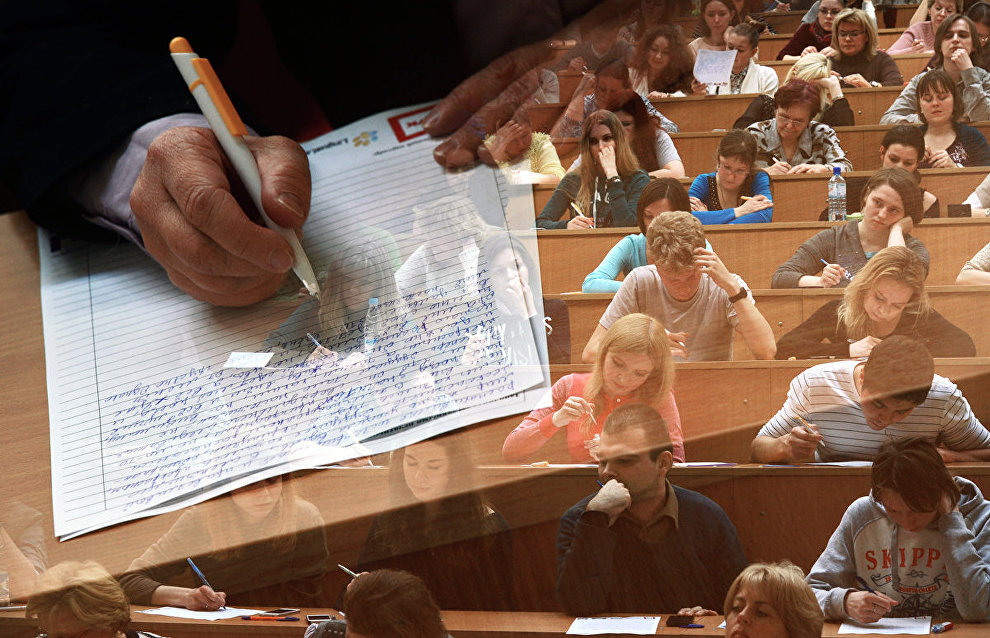 Sailors and polar explorers to write Dictation of Victory

In the Arkhangelsk Region, the Dictation of Victory nationwide educational campaign will take place at more than 330 sites, said the regional office of the Russian Military Historical Society.

"The campaign was supposed to be held only in towns with a population of over 5,000, but we decided to expand the number of sites. Most of them are located in educational facilities and military-patriotic organizations," said Sergei Kovalyov, chairman of the regional office and rector of the Arkhangelsk Institute of Open Education.

He added that this year, the campaign will span across the country. In particular, the northernmost site will be Alexandra Land of the Franz Josef Land archipelago. Another site will be located at the Malye Karmakuly polar station on Novaya Zemlya. There, rangers from Russian Arctic National Park will test their knowledge of Great Patriotic War history, as well as scientists who are currently conducting research on Cape Zhelaniya and construction workers on the archipelago, said national park director Alexander Kirillov. Another site will open aboard the Professor Molchanov research vessel.

For the first time, agencies of the Russian Defense Ministry will take part in the campaign in the Arkhangelsk Region. At the Belomorsk naval base, crew members of the world's largest nuclear missile submarine, Severstal, as well as the Admiral Gorshkov frigate will write the dictation.

The Dictation of Victory will take place in all Russian regions and 65 countries. Some 14,000 people are expected to participate in it in Pomorye. Those who will not be able to visit the sites can take part online on the website диктантпобеды.рф.

A special app for smartphones is also available. Following the dictation, participants can print out an electronic certificate.