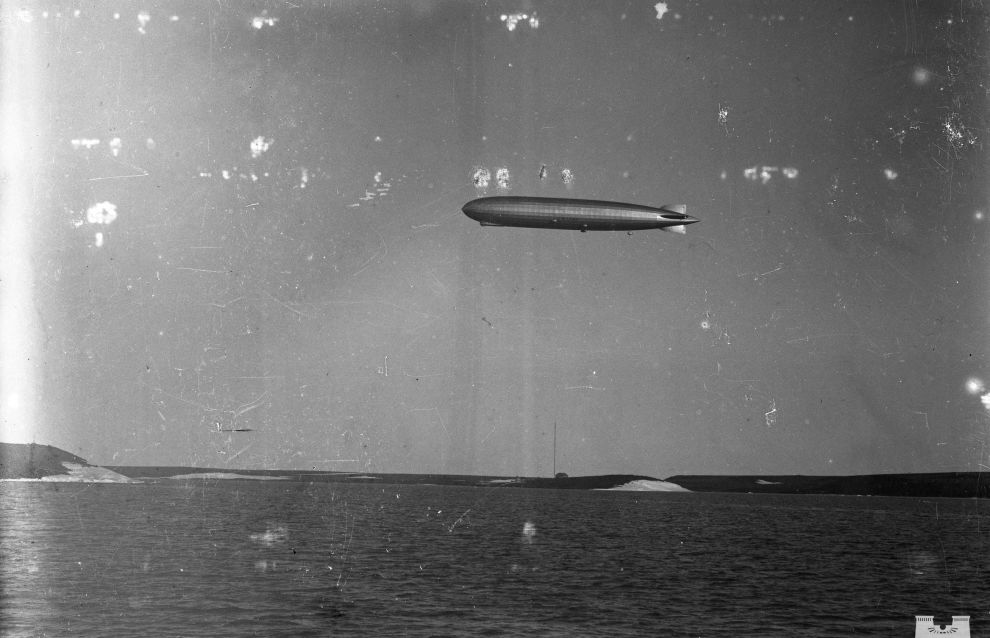 The Krasnoyarsk Museum of Local History has found a previously unknown photo in its collection, showing the German airship Graf Zeppelin that made a flight over the Soviet Arctic in 1931.

“We have found a previously unknown photo of the Graf Zeppelin flying over Dickson Island (Krasnoyarsk Territory). The photo was taken by Nikolai Ostroumov; he took part in several expeditions, including the one in 1931. In 1933, he sold a series of negatives of his various expeditions to the North, including this photo,” said Ilya Kuklinsky, deputy director of the museum.

The photo features the airship flying over the famous 107-meter radio mast in the Arctic village on Dickson Island.