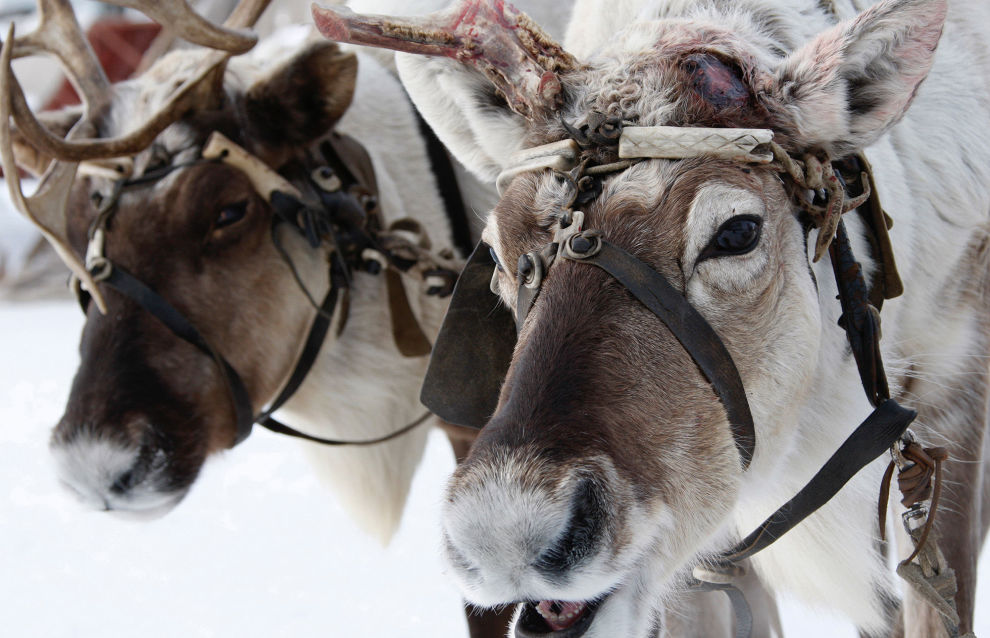 Intel officers of the Northern Fleet separate marine brigade have conducted their first on-field exercises to master the traditional means of transport of the indigenous peoples of the Far North – reindeer and dog sleds – under the guidance of experienced instructors.

The exercises were held on a reindeer farm located in the center of the Kola Peninsula, near the village of Lovozero, Murmansk Region.

“The servicemen were trained by experienced local mushers. They talked about the peculiarities of keeping and training animals and shared their skills in driving reindeer teams,” reported the Fleet’s press service.

According to the Northern Fleet, dog sleds were delivered specifically for on-field training of the marines from the village of Alakurtti, from the location of the Northern Fleet separate Arctic motorized rifle brigade. They were brought in by military instructor Nadezhda Timonina, who is professionally engaged in sledding sports – dog sled racing – and teaches this skill to Arctic motorized riflemen.

“In the area of ​​the Lovozero tundra, the marines tried to drive the animals harnessed to sledges, and also worked out the tactics of raiding operations in the Arctic,” the message says.

The training included lessons on how to manage reindeer and dog sleds, during which the Northern Fleet marines also worked out their survival skills in the natural conditions of the Far North and the Arctic.