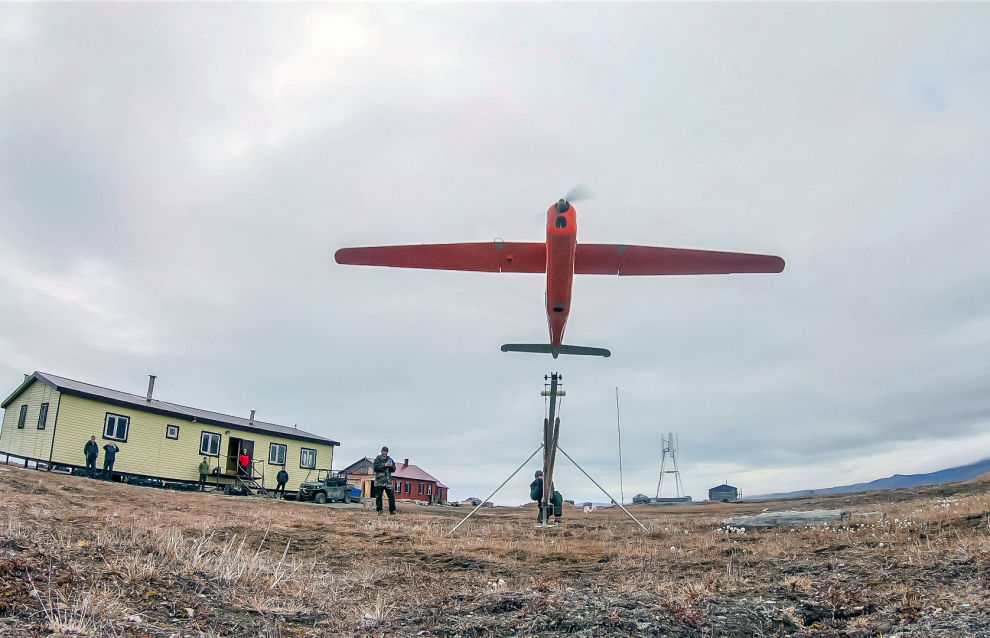 © The Ministry of Natural Resources and Environment of the Russian Federation

The first stage of the Polar Bear Count research expedition ended on Wrangel Island. Orlan unmanned aerial vehicles (UAVs) were used during the study as a new monitoring method.

“The aerial monitoring of polar bears was carried out in the first half of September, when the ice strip near the island has minimal area, and the entire group of polar bears is concentrated on the island. During this month, the animals are clearly visible on the still dark surface, and it is easy to detect the bears with high-resolution photo and video cameras from a height of 200-300 meters, where UAVs operate,” the Natural Resources Ministry website reads.

During the study, total UAV flight time was over 103 hours, the total length of the route was 8,317 km, and almost 23,000 photographs were taken. In addition, various territories, including the coast, the plains and the mountains, were surveyed, the locations where the polar bears were found were recorded with a coordinate-time reference, and the number of polar bear sightings on the survey strip, on the survey tacks, was calculated at 358 polar bears.

The method for monitoring polar bears using Orlan UAVs is expected to be widely introduced in the Russian Arctic zone to count other polar bear populations,” said Olga Krever, head of the expedition and deputy director of the Informational and Analytical Center for the Support of Protected Areas (Roszapovedtsentr) of the Ministry of Natural Resources.

In addition to counting the number of polar bears on Wrangel Island, the distribution of the bears was clarified, and the state of the rare predator and its habitats was assessed. Also, the polar bear’s prey, including walruses, whales, seals, bearded seals, musk oxen, and near-water birds, were studied. Information was collected on cases of dead animals washed ashore on Wrangel Island, as well as on the polar bears’ consumption of the dead animals on the island.

Simultaneously with the aerial monitoring, a large count was also carried out on the ground. Several members of the expedition, with an all-terrain vehicle, carried out a visual survey of the island, photographed and videotaped the polar bears and other animals, recorded meeting places and groupings of animals, dead animals, and took samples of water, snow and soil for further research on the pollution of polar bear habitats, which will make it possible to assess the state of the habitats on Wrangel Island.

Another group of researchers, which included specialists from the Wrangel Island Reserve, carried out an on-ground visual count of the polar bears on a long-term circular route, where all the encountered polar bears were recorded and the number and distribution of the bears on the island were estimated. Subsequently, the data from the aerial surveys and ground route surveys will be compared and analyzed.

Based on the archive of collected data, the scientists will estimate the number of bears on Wrangel Island by extrapolating the data obtained using Nikita Chelintsev’s method.