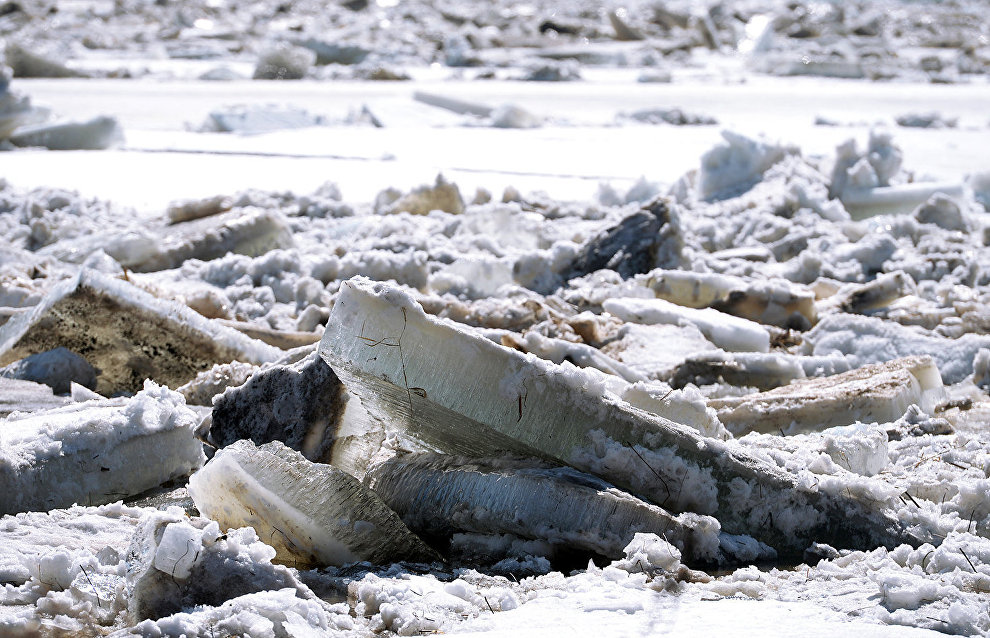 The public prosecutor's office in the Russian region of Yakutia has launched an investigation after three hunters were forced to spend an entire day on the roof of a hunting house. The hut was sent adrift when the area was flooded after ice began to move unexpectedly in the region. Five hundred more people had to evacuate to higher ground on their own, the office said on Friday.

The prosecutors are investigating whether residents had been alerted in a timely manner that melting ice could cause the waters to surge. The investigation has already revealed instances of delayed alerts and evacuations from the flooded areas.

In one instance, the warning came late for people in the Tattinsky District where "three locals, who had gone hunting, wound up stranded in the flooded area 12 km from the village of Chychymakh on the night of May 13." Reportedly, it was 5:30 pm on Sunday, May 13, when they were finally rescued "from the roof of a hunting house that was drifting down the river."

The same night, over 500 people in the village of Kyptsy had to relocate to higher ground on their own because they had not been evacuated in time. Similar incidents happened in other villages in the Ust-Maisky and Amginsky districts.

The prosecutor's office is reportedly following up on the payment of compensation for damage as a result of the flooding and on financial aid to those affected.