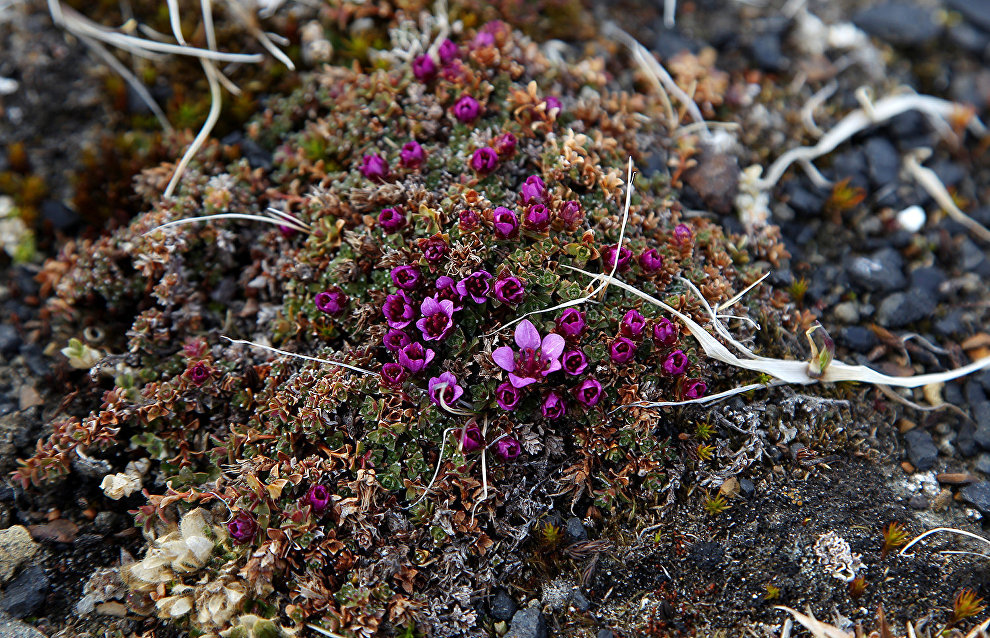 Diets of inhabitants of the North diet can be enriched with wormwood, tansy and wild rosemary

Harvesting wild plants, as well as establishing enterprises to process local medical herbal substances and produce food additives from them is considered an important contribution to the development of the regional economy, the growth of import substitution and the development of the northern territories of the Russian Federation.

Scientists from the Trade and Economic Institute of the Siberian Federal University (SFU) discovered new methods for using the "by-products" left over from this type of production. Their study showed the unique possibilities of using local plants, which grow widely in the Arctic, are resistant to low temperatures and able to grow in deficient soil. In particular, scientists were interested in the chemical composition of essential oils, dry herbal substances and meal-plant by-products after the extraction of essential oils.

"It is no coincidence that we chose bitter wormwood, the shoots of marsh rosemary and the flowers of the common tansy, which have long been used for pharmaceutical purposes. The high biological activity of the components contained in them, the wide geography they cover and the availability of these plants, together with their unpretentiousness and rapid renewability make these raw materials extremely profitable. They are quite cheap and can be used commercially. The main thing is to collect them in environmentally safe places," said Olga Veretnova, Associate Professor of the Department of Commodity Science and Product Expertise of the Siberian Federal University.

According to scientists, essential oils from wormwood, tansy and rosemary can be used in the perfumery and cosmetics industries, as well as for aromatization in distilleries and confectioneries — after all, everyone's heard of such traditional wormwood drinks as vermouth and absinthe.

In addition, it was proved that these gastronomically non-traditional plants contain biologically active components and the meal obtained from them, when used as a nutritional supplement, can significantly increase the nutritional value of products and diversify the diet of a modern person. This find will be especially useful for residents of Arctic territories who experience a seasonal lack of plant foods and vitamins in their diet.

"We suggest that the food industry take a new look at pharmaceutical production and make it at least partially waste-free. The cake of bitter wormwood, tansy and marsh rosemary, which once appeared to be of no use, is in fact very useful," said Galina Rybakova, Associate Professor of the Department of Commodity Science and Product Expertise of the Siberian Federal University. "Our extracts contained tannins (possessing not only astringent properties, but also vitamins, and to some extent, antibacterial activity), ascorbic acid and vitamin PP. They can definitely make up for the lack of these substances both in the diets of city dwellers and in the traditional menus of peoples of the North."

In particular, it was proposed to use wormwood, tansy and rosemary to make tasty and healthful jellies. But you will not taste the bitterness that these plants are known for, as production "remnants" are completely devoid of this taste. "We decided to add the extracts to gelled desserts. Among all the confectionery products and dishes, they are most useful as they contain little sugar and add pectin substances necessary for the body to improve microflora and intestinal motility for adsorbing harmful substances. Extracts enhance this utility many times" emphasized Galina Gulenkova.

During the research, it was also found out that tannins, simple phenols and flavonoids are common to all of the three plant species. Both wormwood and tansy have in common oxybenzoic acids (the well-known salicylic acid belongs to this family), and both tansy and rosemary contain plant pigments, aurones and anthocyanins. In addition, wormwood turned out to be a real champion in terms of its having powerful antioxidants — xanthones, while rosemary contains anti-inflammatory coumarins, leukoanthocyanins and antioxidants — catechins and chlorophyll.

But despite the fact that the obtained meal is a source of a large number of extractive substances, only a few of them may be used in food. These plants are considered herbal because they contain potent components and overconsumption of them can be dangerous to humans. For the production of non-toxic extracts, a specific extraction mode was used, which made it possible to isolate proteins, carbohydrates, vitamins, mineral and tannins. Moreover, the technology for extracting these substances does not pose significant costs.

"We solved this problem by isolating the substances necessary for our purposes from oil cakes or meal, which remain after the extraction of the medicinal substance and essential oils. That is, all potentially dangerous potent ‘contents' have already been previously extracted from herbal substances," said Olga Veretnova.

The experts from the Trade and Economic Institute of the Siberian Federal University have already developed the relevant regulatory documents. At the time of the research, checks on the safety and the shelf life of these products met all established standards and requirements.

You can learn more about the results of the study in the magazine IOP Conference Series: Earth and Environmental Science.