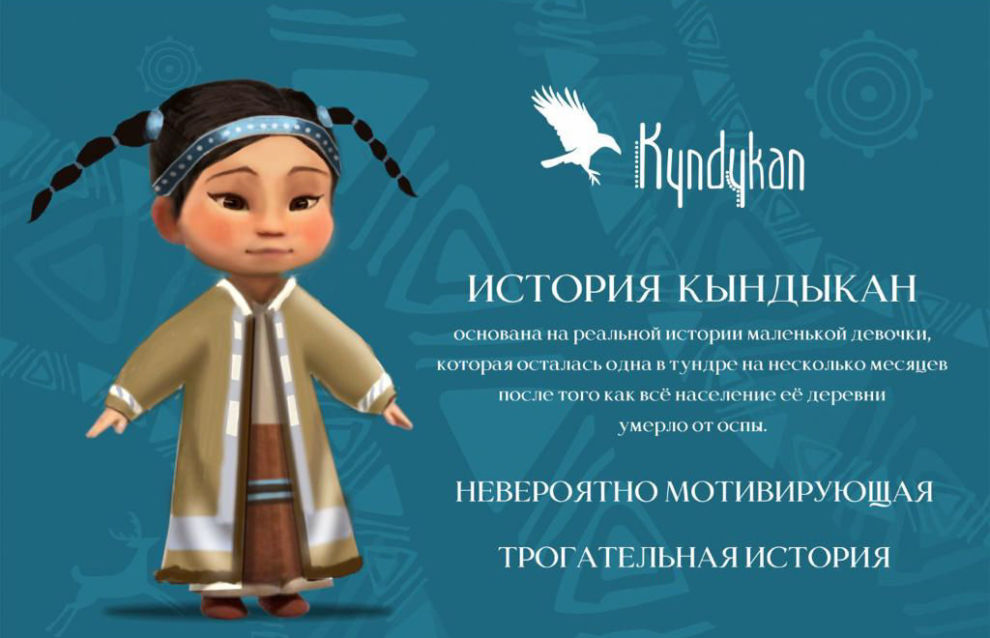 © Press center of the KYNDYKAN project

The story of Kyndykan: Yakutia to get a new fairy tale about a little girl who survived a pandemic 200 years ago

Yakutia’s artists and writers will create a new fairy tale character based on the true story of a little girl named Kyndykan who survived a pandemic 200 years ago.

As legend has it, Kyndykan was the sole survivor in a nomad camp decimated by smallpox. According to Lidia Tarasova, a young writer from Yakutsk, the new project combines truth, fiction, and Northern mythology, traditions and culture.

“Like all others involved in the project, I was amazed and inspired by Kyndykan’s story, and its energy captivated me. The fairy tale is now almost complete, and one or two chapters remain to be written. The editors and illustrator will then finish the work,” she said.

According to Tarasova, members of small Northern indigenous ethnic groups are involved in this literary project. Ethnographers, linguists, native speakers and culture bearers, including the famous Even prose writer Anatoly Stepanov-Lamutsky, chairman of the Evens’ Union of Yakutia, and Boris Osipov, a young activist calling for the preservation of the Even language.

Graphic designer Alexei Vinokurov, a Yakut artist with a Yukagir background, is also working on the project, and he is creating the image of the heroic little girl Kyndykan.

“I am now working on concept art illustrations, including the surroundings, characters, clothes, distinctive features, details and elements. I have already created all the main and supporting characters, protagonists and antagonists. Before joining the Kyndykan team, I became interested in this subject, and I am now studying at an animation school. I will start illustrating the fairy tale’s chapters once the literary editors add the finishing touches,” the artist noted.

Kyndykan and other characters will eventually star in an animated movie, and they will be part of games and mobile apps.

In mid-May, Kit Jah, a popular Yakut performer, and rapper Moskila teamed up to create a song and a video clip honoring the brave little girl. They tell the story of steadfast people who live against all odds according to the precepts of their ancestors. The video clip was filmed at a reindeer breeders’ nomad camp in Yakutia’s Even-Bytantaisky District.