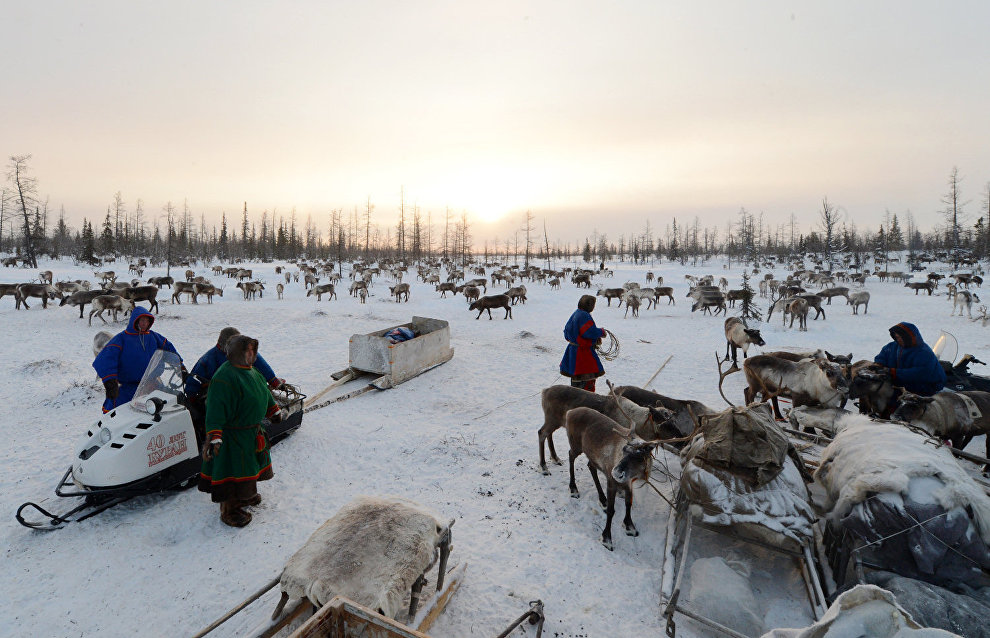 Thanks to indigenous Northern ethnic groups the Arctic will have a whole network of “civilian researchers”. This will be made possible by involving experts from the INTERACT international project and SECNET specialists from Tomsk State University. Scientists believe that, by involving people living in the area with climate monitoring, there will be a possibility to record what is happening that otherwise could be overlooked by professionals.

The University’s press service quotes SECNET Coordinator Olga Shaduiko as saying: “Unlike researchers who only sporadically pay visits to this area, indigenous residents live here all the time. They know what is going on with bodies of water during different periods of time, they record unusual natural phenomena and lots more things. We consider their data to be highly important.”

One of the examples she gave was a natural disaster that took place between November and December 2020 when it rained in the Yamal-Nenets Autonomous Area; the rain was followed by a long period of subzero temperatures. According to the locals, ice crusts formed on Iceland reindeer moss pastures, reindeer were unable to graze there and many of them started dying.

“Our foreign colleagues, that is, meteorology specialists working with international databases did not notice any abnormal meteorological-station readings. This proves once again that there is simply no alternative to onsite monitoring in terms of providing authentic information,” Shaduiko noted.

Following a working trip to the Yamal-Nenets Autonomous Area, researchers and representatives from indigenous ethnic groups agreed that local fishermen and hunters would also conduct some monitoring. This will help to provide additional information about the state of Arctic biodiversity and landscapes.

Those taking part in the seminar also carried out a survey and certain medical tests with the locals at reindeer breeders’ nomadic camps. The goal of the study is to assess how changing traditional diets affects their health.