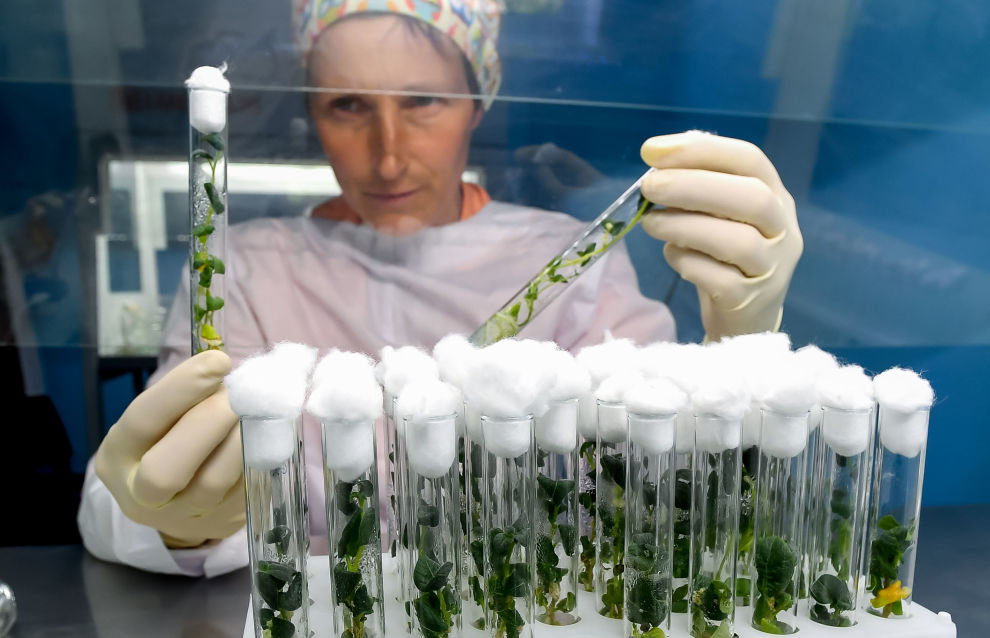 Scientists from the Scientific Center for Arctic Studies in Yamal will revive the agricultural practices of the small indigenous peoples of the North. As part of the Center’s expedition, Leading Research Fellow Yevgenia Morgun and Research Fellow Ruslan Ilyasov will study the topsoil and vegetation of farming ecosystems – fields and kitchen gardens – at the villages of Krasnoselkup, Tolka, and Ratta, as well as background soils at the Upper Taz Nature Reserve and the sacred site of Mount Shaman.

Following the expedition, the scientists will provide an agricultural and environmental assessment of the territory. Their research is aimed at solving practical problems related to polar agriculture, the food security of the Yamalo-Nenets Autonomous Area, and self-employment of local residents.

“From the point of view of soil scientists, the Krasnoselkup District is an unexplored white spot. Our field group is to collect data on the condition of the soils and vegetation. We will also study the agricultural practices of the northern Selkups and compare them with those used in other municipalities. In the mid-20th century, the small indigenous peoples of the North engaged in a rather well developed polar agriculture. Today, certain practices have been partially lost. Our task as scientists is to revive and transmit them to the population,” Yevgeniya Morgun said.

The Center is planning to publish a monograph formulating new scientific and methodological approaches to the development of agriculture, based on the historically existing agricultural practices of the small indigenous peoples of the North.

The Yamal scientists already studied soil and vegetation samples from the Krasnoselkup District in 2019, as part of the project to monitor ancestral habitats of the small indigenous peoples of the North. The results showed that the soil possessed the necessary fertile properties. The specific conditions of the northern taiga and the hydrothermal regime make it possible to develop polar agriculture in this territory. Studies conducted from 2015 to 2020 covered farming ecosystems in the Yamal, Shuryshkar, Nadym, and Priuralsky districts. Background soils were explored outside populated localities. According to experts, the Arctic region has the potential to provide its residents with locally-grown organic food.