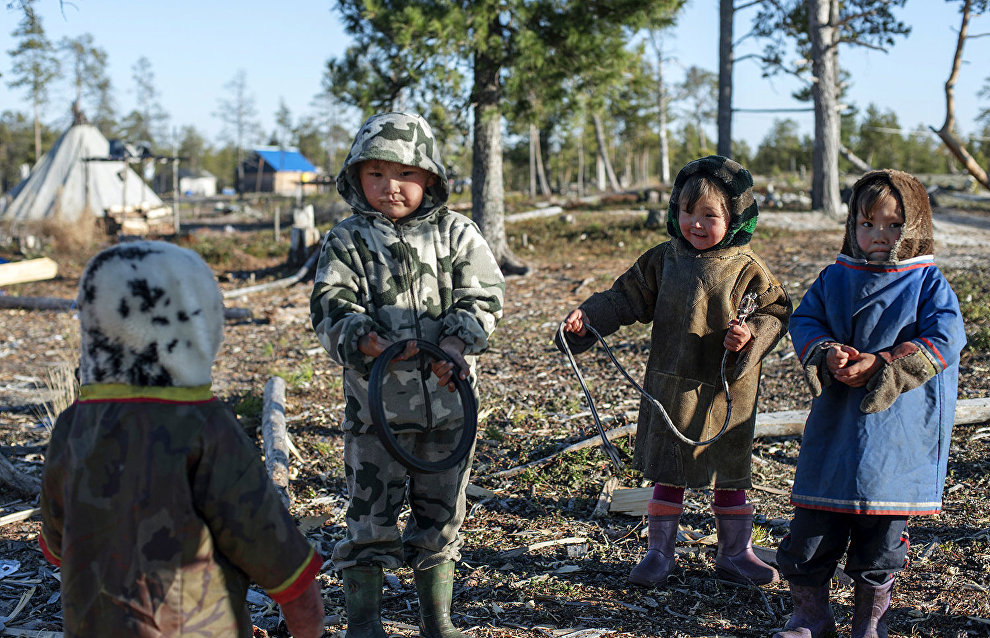 Linguists from Northern Arctic Federal University (NArFU) conducted a field study in the Nenets Autonomous Area to determine the current status of endangerment of the Nenets language.

NArFU Director Alexander Saburov and lead expert Alexei Nikiforov chose the city of Naryan-Mar and the towns of Krasnoye and Nelmin Nos for their research. They interviewed native speakers and Nenets language experts, school and kindergarten teachers, staff at the Nenets Autonomous Area Ethnic and Cultural Center, the Pichkov Central Library, the Nenets Regional Center for Education and the Vyucheyski Naryan-Mar College of Social Sciences and Humanities.

Respondents were asked if they actively use the Nenets language, in what settings and geographical locations it is more commonly used and whether the language is passed on to the next generations.

The scholars were also interested in language preservation efforts and their effectiveness.

“We wanted to know why certain measures were used or why they weren’t. We also tried to determine if the practices common in Yakutia, for example, would be successful here,” Alexander Saburov commented.

The study will be used to analyze the risk extinction for the Nenets tundra language in the autonomous area, and to assess the potential for practices being applied successfully with other indigenous languages. It will also be used to consider whether various digital technologies are becoming more widely available.

“For example, we want to know how common mobile apps are, and games for language learners, or creating animated films in the language or translating existing animated films into an indigenous language, or film production, online translation tools and dictionaries, various websites on language preservation. There is a great variety of tools. Also, financial incentives for native speakers, events in indigenous languages, ethnic and cultural camps, signage in Russian and local languages,” Saburov added.

Practical recommendations on improving the language situation in the Nenets Autonomous Area will be proposed when the research ends later this year.

The study is a joint project by NArFU and the Yasavei Association of the Nenets People. The scholars are exploring the best practices for indigenous language preservation in Russia and abroad, including those applied to the Chuvash, Yakutian, Buryatian, Ossetian and Hawaiian languages.