Salekhard to host the Obdoriya: History, Culture and Modernity conference

A conference titled *Obdoriya: History, Culture and Modernity will be held in Salekhard on November 13-16, the University of the Arctic (UArctic) said in a statement on its website.

The participants will discuss the Yamal Peninsula ecosystems, the preservation of the culture, language and traditional economies of small ethnic groups in the Yamal-Nenets Autonomous Area, the human potential of Russia's Arctic regions, and the current and future socioeconomic development of Russia's Arctic regions, including the Yamal-Nenets Autonomous Area.

Conference documents, including analytical data, decisions, reports and speeches will be published in the Research Bulletin of the Yamal-Nenets Autonomous Area.

*Obdoriya or the Obdor Region is an area in the lower reaches of the Ob River up to the Ural Mountains. Salekhard was founded in 1595 by Cossacks, who named it the Obdorsk Fortress. 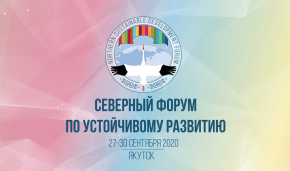