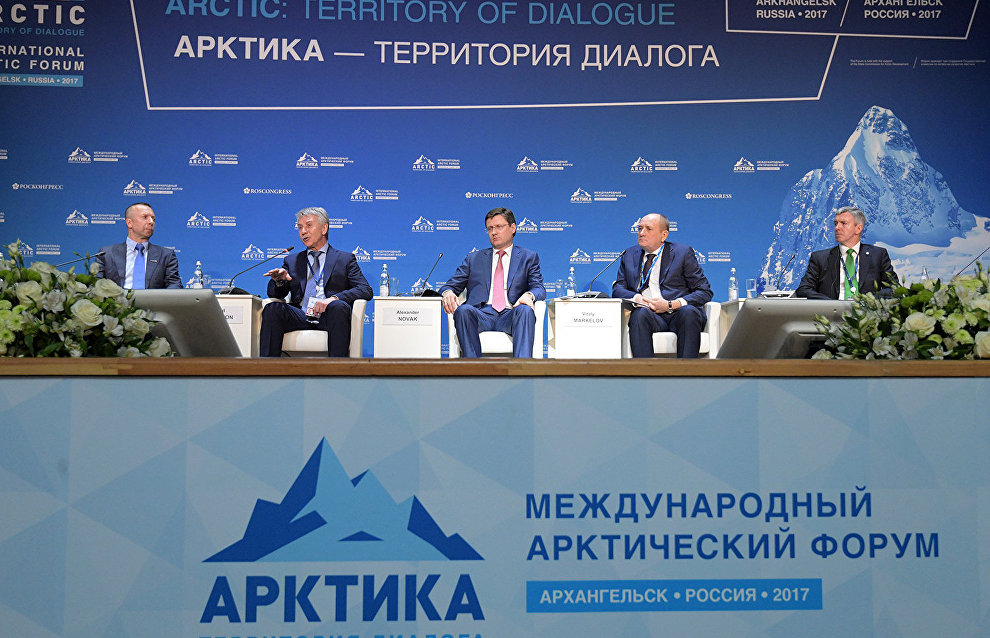 Investment in the oil and gas industry in the Arctic is estimated to reach $400-$600 billion in the next twenty years, Russian Energy Minister Alexander Novak told journalists at The Arctic: Territory of Dialogue international forum. He added that investors from China and other nations have indicated interest in participating in oil and gas projects in the Russian Arctic.

"The total amount of investment in the next twenty years is estimated to be about $400-600. This funding is needed for the projects included in the energy development strategy, and Chinese and other foreign investors at today's forum have indicated a strong interest in joining the projects," Mr. Novak said.

The minister emphasized that energy exploration in the Arctic shelf is a Russian strategic goal, since the center of oil and gas extraction is moving towards the Arctic region as traditional deposits in the Khanty-Mansi Autonomous Area become depleted. He recalled that a number of Arctic oilfields had been put into operation in the past few years, for example, the Prirazlomnoye oilfield.

"This is a strategic region for us, it has large oil and gas reserves and at this point accounts for about 17 percent of Russian oil and 80 percent of Russian gas. Its share will grow with the years," Mr. Novak noted adding that the Arctic holds about 60 percent of all hydrocarbon resources.

The Arctic: Territory of Dialogue international forum is being held in Arkhangelsk on March 29-30, 2017. The theme for 2017 is Man in the Arctic. The forum is to bring together international organizations, government bodies, and science and business communities from Russia and abroad to coordinate approaches to international cooperation, consolidate efforts to ensure the stable development of the Arctic, and raising the living standards of the people in the Arctic territories.