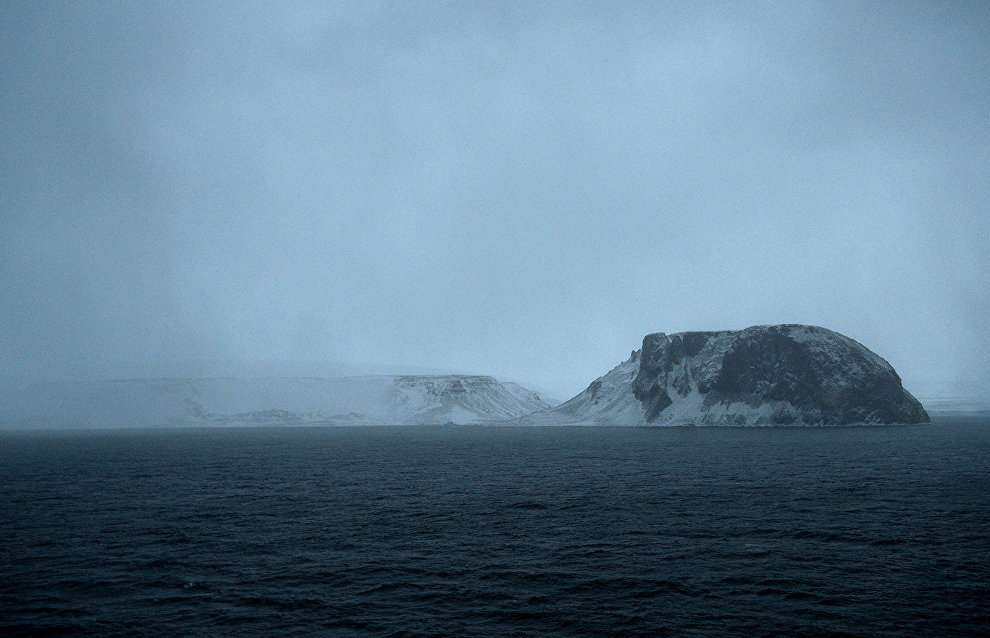 Virtually all shorelines of the Franz Josef Land archipelago's islands are littered with plastic waste that has drifted there with currents or has been dumped overboard by ship crews sailing by, Maria Gavrilo, deputy director for research at Russian Arctic National Park, told journalists at a news conference in Murmansk. We did not face this problem 25 years ago, she added.

Experts made these conclusions during the expedition "The Open Ocean: Arctic Archipelagos 2017 — In the Footsteps of Two Captains," whose members carried out historical and research missions. For example, expedition members studied the shores of the Franz Josef Land archipelago's islands, looking for plastic waste there. According to scientists, this new threat now plagues high-latitude islands in the Arctic Ocean.

"The first time I came to the Franz Josef Land archipelago was in 1992. At that time, there was no plastic waste on its shoreline. There was no such problem, as the islands were protected by sea-ice formations. Today, over 20 years later, I can see that all the shores are littered with plastic waste," Gavrilo said.

In 2016, scientists studied the region and noted waste dumps. This year, they worked in line with standard methods used worldwide to record and evaluate plastic waste on sea coasts. "These works were conducted in the high latitudes for the first time. We have to say that not a single island that our yacht approached is free from plastic waste. We even reached inner islands, and we saw waste everywhere," Gavrilo told RIA Novosti.

According to scientists' initial assessment, waste linked with fishing vessels' operations, including trawls, rope fragments and boxes, floats ashore. Their markings show that this waste has reached the Franz Josef Land archipelago from various Atlantic Ocean sectors. But experts have also found local waste originating in these latitudes. The plastic waste itself is clean, meaning it has been dumped from vessels sailing by, environmentalists noted.