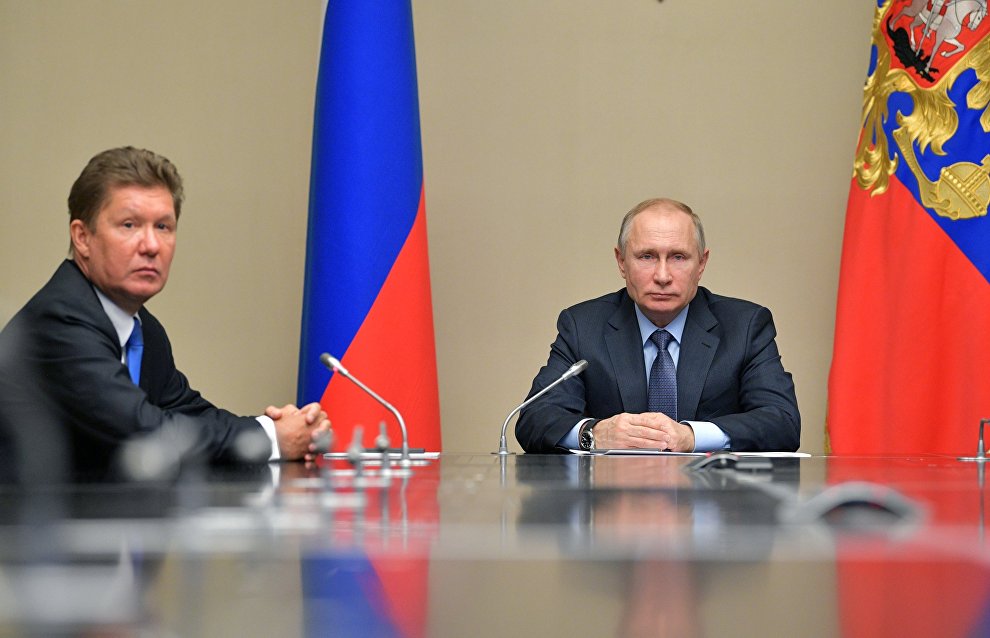 On February 16, Russian President Vladimir Putin had a meeting with Gazprom CEO Alexei Miller. He congratulated the entire Gazprom team on their 25th anniversary and expressed hope that the company would continue to perform effectively.

"I want to note that over these 25 years, giant strides have been made to consolidate, maintain and advance the industry," President Putin said. "Gazprom is currently operating 151 gas fields. Gazprom has a presence in 34 countries, where it is very active on the market and cooperates with many partners and friends," he added. "I doubt that any other company in the world has cast out so many lines, in a positive sense. Congratulations to you and all Gazprom employees on occasion of the company's anniversary and its achievements." he noted.

In turn, Mr. Miller said Gazprom currently ranked first among the 250 leading global oil, gas and power-generating companies and boasted the largest gas reserves (17 percent of total gas resources worldwide), and that the company continued to consistently expand its resource potential. Today, Gazprom can annually produce over 550 billion cubic meters of gas, with 2017 output totaling 471 billion cubic meters. The company also consistently expands its pipeline network. Corporate gas trunklines are now over 170,000 kilometers long, making them the largest pipeline network worldwide. According to Miller, Gazprom also has the largest number of gas reservoirs. The company stockpiled 72.2 billion cubic meters of gas, an all-time high, for the 2017-2018 heating season, or 100 percent more than back in 1993.

The Tambeyskaya group of deposits includes the North Tambeysky, West Tambeysky, Tasiisky and Malyginsky sectors. In 2017, Gazprom reported that these sectors featuring Jurassic horizons were recognised as an integral deposit after the drilling of exploratory wells since 2008. Therefore the total reserves of four sectors almost tripled in 2016 when they contained an estimated 2.6 trillion cubic meters of gas.