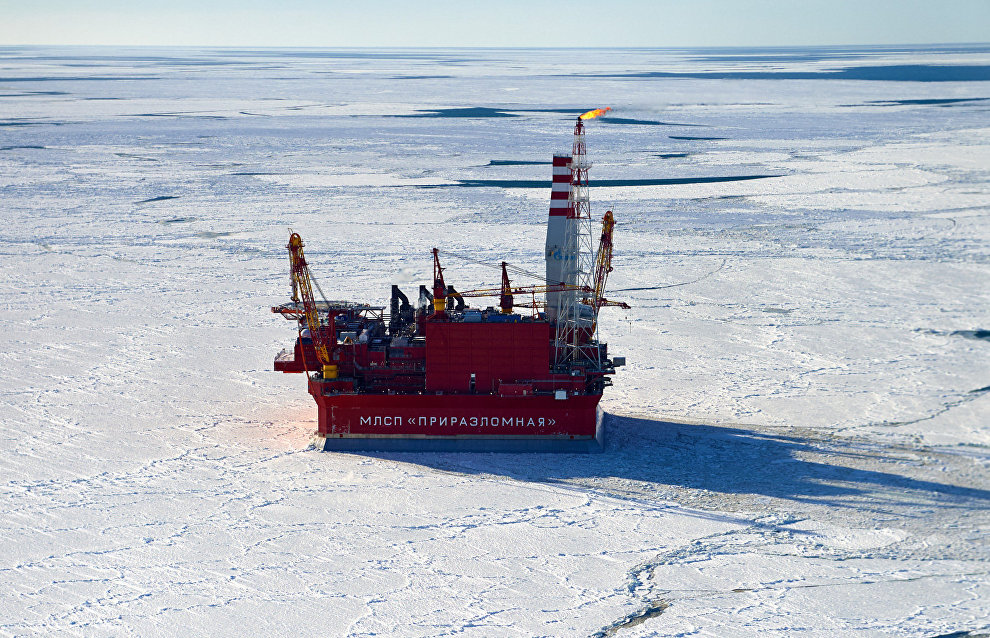 Gazprom Neft is considering further exploration of the Prirazlomnoye field in 2024-2026 due to extraction of raw materials from deeper layers, which can result in an additional 1.1 million tons of oil to the total volume extracted, Deputy Director General for Offshore Project Development Andrei Patrushev said in an interview with Platts.

According to Patrushev, this year the volume of crude oil production at Prirazlomnoye will increase by 33 percent to 3.5 million tons, or approximately 71,000 barrels per day, and will reach a peak level of 5 million tons per year by 2021-2022. "The period of maximum extraction is expected to last three or four years," Patrushev added.

Patrushev explains that Gazprom Neft is considering further exploration of the field at a later stage due to the extraction of raw materials from deeper Silurian and Devonian layers. "According to the company's preliminary estimates, this project, which is scheduled for 2024-2026, can increase the total volume of production at the field by 1.1 million tons," Patrushev said in the interview.

The company's representative added that with oil prices at their current level, the Arctic projects are undoubtedly economically viable. "We believe that the development of technology and infrastructure, including in the Arctic, will provide us with an opportunity for commercial hydrocarbon production in this region," Patrushev noted.

He also said that the company was going to complete the data processing from the 3D seismic survey of the Dolginskoye gas field and the Northwestern license area by the end of the year. Both these sites are located close to the Prirazlomnoye field, in the Pechora Sea.