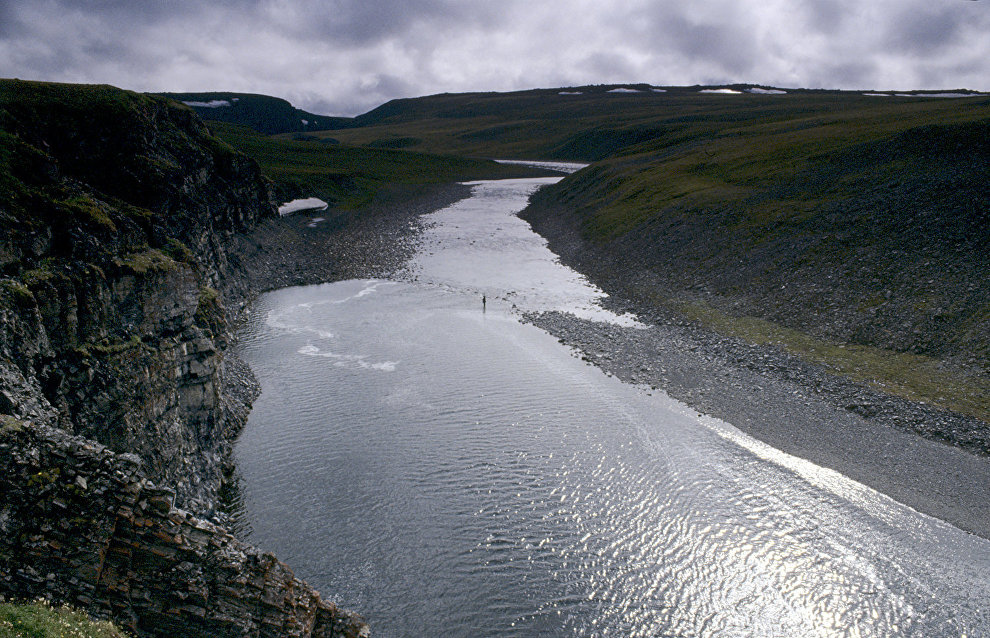 A major research expedition organized by the Siberian Branch of the Russian Academy of Sciences (RAS) will be launched on July 27. The RAS will start working on the Taimyr Peninsula, north of the Krasnoyarsk Territory, for the first time in many years.

The team will include scientists from 14 institutions under the Siberian Branch of the RAS, who are to study the major changes that have occurred in the region. By the end of August they should have explored not only areas outside of Norilsk, but also the Pyasina River basin (up to its influx into the Kara Sea), the Ambarnaya and Daldykan rivers, and lakes Lama and Pyasino. The expedition is expected to receive the status of a permanent presence by 2021.

"Since we will work out an agenda for activities and recommendations on managing this territory, then of course, one expedition won't be enough. If the Siberian Branch of the RAS is going to prepare specific recommendations on changing the parameters of economic management in the Arctic, then we'll have to adjust supervision over it accordingly. Hence the need for a permanent presence. It is too early to say in which form it will be — we don't even have preliminary results yet. <…> I believe this decision will be made by the beginning of 2021," said Nikolai Yurkevich, expedition leader.

"Evaluation of the consequences of man-made impact around Norilsk and an environmental forecast for the future are critically important, but are not the final objectives of the expedition. Its mission is to work out a set of well-grounded recommendations for the long-term nature-protection management of Arctic resources not only for Norilsk Nickel, but also for other corporations and companies, government authorities and regulators. So we are considering the possibility of making the expedition permanent," added Valentina Parmona, Chief Scientific Officer of the Norilsk Expedition and Chair of the Siberian Branch of the Russian Academy of Sciences.

This major scientific expedition is being undertaken at the invitation of Norilsk Nickel. According to Norilsk Nickel CEO Vladimir Potanin, in order to embark on large-scale projects for Arctic development, it is important to know what geological and biochemical processes were caused by climatic changes and human activity in the Arctic.