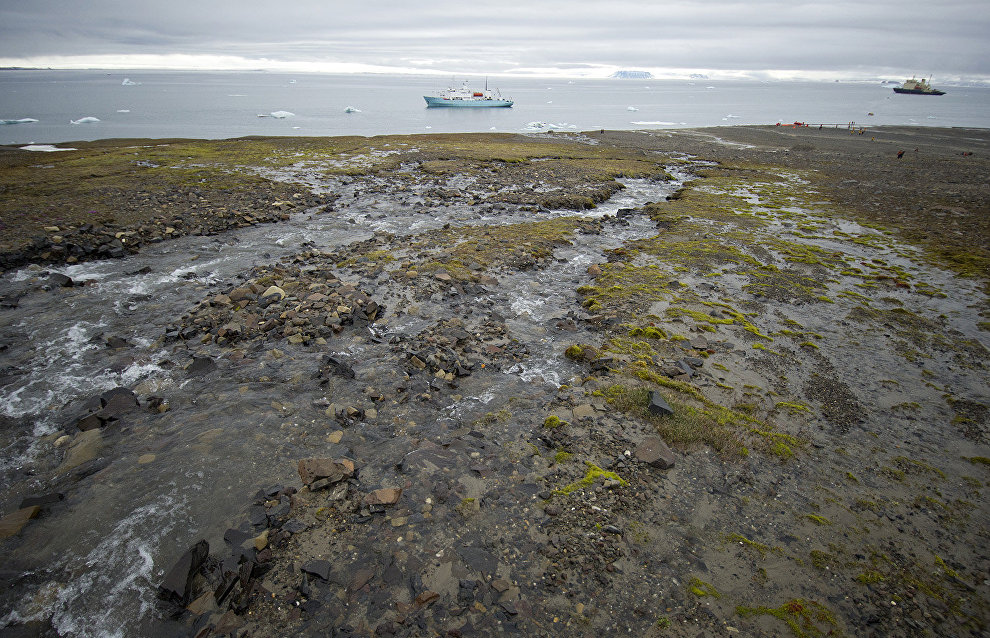 Participants in the 2022 Arctic Floating University (AFU) will study Arctic microorganisms for the first time in order to obtain new antibiotics and enzymes for the food industry. Project participants have been selected and a research program has been planned.

“Microbiology research will receive a boost this year. <...> In particular, faculty and students from Moscow State University, the Institute of Experimental Medicine, NArFU (Lomonosov Northern (Arctic) Federal University) and RUDN University (Peoples' Friendship University of Russia) will study microorganisms in order to develop new antibacterial medications. The researchers will look for cold-resistant or psychrophilic microorganisms that live in the Arctic and which have not been previously studied. These microorganisms secrete enzymes that can be used in the dairy industry,” Alexander Saburov, head of the AFU 2022 expedition and director of the Institute for the Strategic Development of the Arctic at Northern (Arctic) Federal University, said.

He also noted that polar bacteria’s potential for medical use is very high, since it can survive in extreme conditions. The WHO has identified antibiotic resistance as the cause of a crisis in modern medicine and has come up with the Global Plan on Antimicrobial Resistance. Two fundamentally different strategies for obtaining new antibiotics are now underway: a search among nonculturable bacteria and the creation of breakthrough artificial molecules. Both strategies have brought results. More than 90 percent of all types of bacteria found in the outdoor environment cannot be cultivated under regular laboratory conditions.

Another microbiology project will be devoted to studying arctic bacteriophages (viruses) that destroy bacteria. This area of research also holds promise for creating new medications to combat infections.

In addition, Arctic expedition crew members’ sleep and anxiety disorders will be studied for the first time this year.

“For the first time, a psychiatrist from the Arkhangelsk Clinical Psychiatric Hospital will take part in the expedition to study the human body’s ability to adapt <...>. He will study sleep disorders and the level of anxiety-depressive reactions as a factor in human adaptation to certain conditions, including climatic adaptation to the Arctic zone in the Russian Federation. At the same time, he will compare the reactions of people who have previously been to the Arctic with the reactions of those going to the Arctic for the first time,” Anna Trofimova, the expedition’s deputy head for research said.

The program includes seven core research areas: human adaptation in the Arctic, historical and cultural heritage studies, the study of pollution, the research of  Arctic microorganisms, observation of seabirds and mammals, the study of bioresources and biodiversity, and hydrometeorological monitoring. The expedition will take place from June 24 to July 11 in the White, Barents and Kara seas. The researchers and students will call on Kolguyev Island and Vaygach Island, as well as on other locations in the Novaya Zemlya Archipelago. In all, 63 research and academic institutions submitted 182 applications, and 55 people from 15 organizations in Arkhangelsk, Moscow, Norilsk, Saratov, St. Petersburg and Dubna will sail on the expedition.

The expedition will also be used to explore the ancient Pomor settlements on Novaya Zemlya that were spotted by satellite.

“The satellite images clearly show some small structures on the shore in Bukhta Murmantsa, Ivanov Bay. <...> Most likely, they are fishermen’s huts. There is still a walrus rookery in Murmantsa Bay on Gemskerk Island. The Snezhnaya River flows into Ivanov Bay. Chayachye Lake and Gagarye Lake are nearby, which, most likely, had and now have char (trout) populations,” Yevgeny Yermolov, head of the department for the preservation of the historical and cultural heritage of the Russian Arctic National Park says.

Yermolov is hopeful that the expedition will be able to bring the old Pomoran ship, which was discovered in 2016, back from Big East Oransky Island. Successfully moving the old ship will largely depend on the weather.

“We hope we will be able to study and bring the ship back this year. It will grace the national park’s collection in Arkhangelsk, and city residents will be able to enjoy an example of Pomoran shipbuilding skills,” the head of the expedition said.