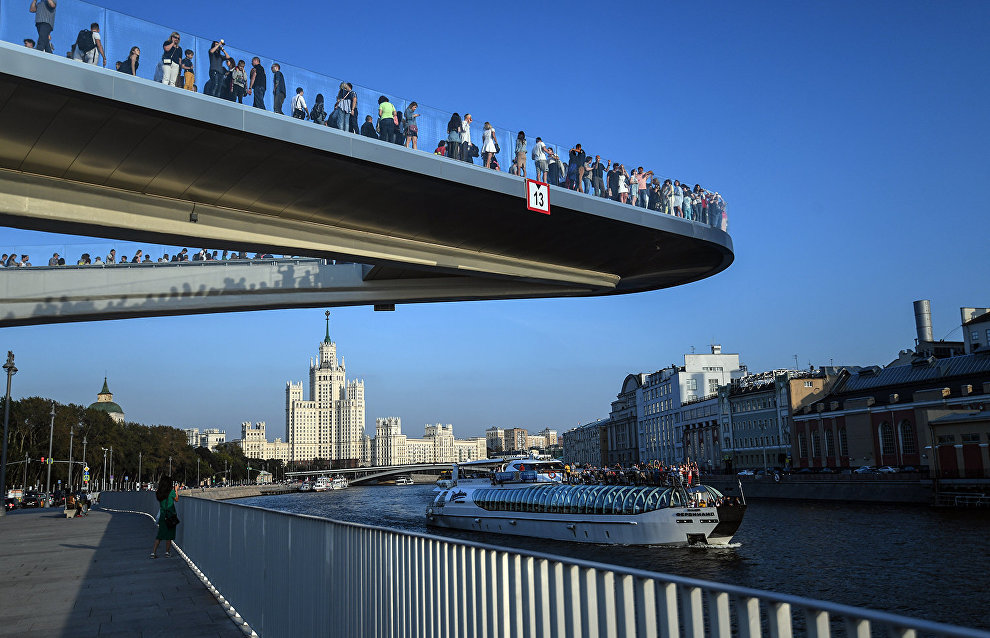 Ice cave in Zaryadye to open at the end of February

Workers have started freezing the ice cave at Zaryadye Park. It will open at the end of February, according to the Moscow Mayor's website.

"The 350-square-meter area with columns, a labyrinth and archways will be open all year round at the Nature Center. The "glacier," where visitors will feel like they are in the Arctic, will be almost six meters high," the article reads.

The Ice Cave is built from 15 kilometers of curved metal tubes, with almost eight tons of a special liquid refrigerant running inside. The temperature inside the cave will be —5 to —8 degrees Celsius.

The special equipment which supplies the refrigerant is located under the "glacier." New layers of frost, which later turn into ice, are artificially produced on the walls, ceiling and floor. It will take approximately a month and a half for the ice cover to fully form. There are plans to freeze about 70 tons of ice during this time. Visitors will be able to touch the ice-covered surface. The media screens, which will be installed next to the cave, will show documentaries about the nature of ice and research expeditions to the Arctic and the Antarctic, the article says.