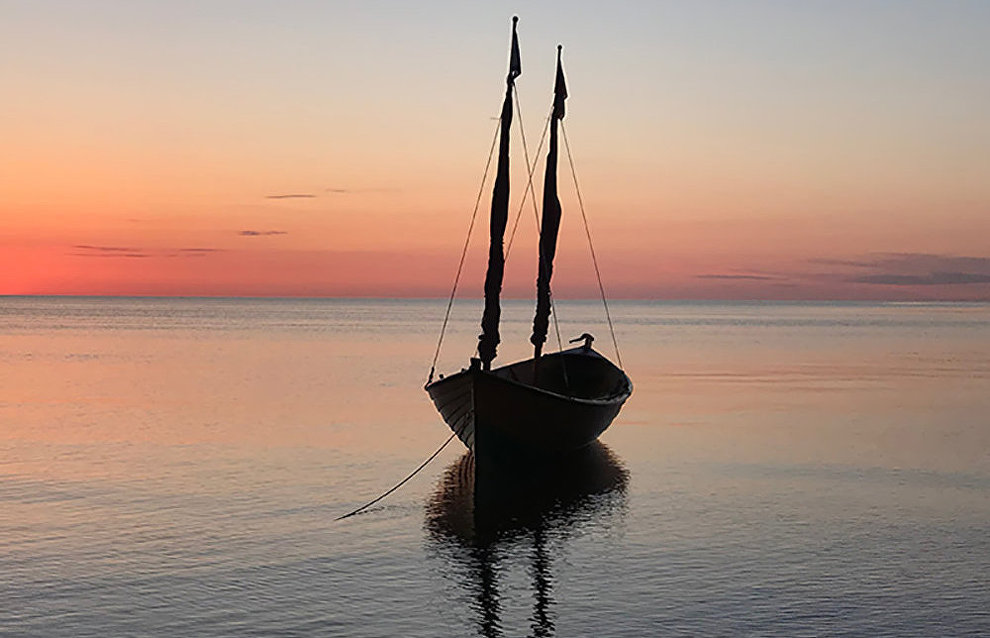 In August 2020, The Vashka, a two-mast wooden karbass, built with traditional Pomorye technology will begin an expedition along the coast-dwellers' route to Mangazeya from the Arkhangelsk Region to the Kanin Peninsula, which separates the Barents Sea from the Kara Sea. This information came from Head of the Marine Practice Club Yevgeny Shkaruba.

Te expedition will start from Mezen. Two rotating crews of five people from several Russian regions will take part in the expedition.

The Pomorye karbass, a row and sail boat 7.8 meters long, was built by volunteers from Arkhangelsk, St.Petersburg, Moscow and Novosibirsk under the supervision of a local foreman from the Leshukonskoye Village in the Arkhangelsk Region. The project was launched as part of the International Arctic Forum cultural program in Arkhangelsk in 2019. In the last two years the Vashka has taken several expeditions along northern rivers and the White Sea, including a number of passages from the Solovetsky Islands to Arkhangelsk.

"We will investigate the so-called Chosha trail along the coast-dwellers' route to Mangazeya when they took a short cut across the Kanin Peninsula along the Chizha and Chosha Rivers and made their way straight into Chosha Bay in the Kara Sea to travel east," Shkaruba said.

Reference data: The Chosha trail ran along the southern part of the Kanin Peninsula where coast-dwellers pulled their boats from the Chizha River to the Chosha River which empties into the Chosha Bay.

Mangazeya was the first 17th century Russian city in Siberia above the Arctic Circle. It was located at the confluence of the Taz and Mangazeyka rivers.

Arkhangelsk coast-dwellers travelled from the White and Barents Seas to the Kara Sea along the Yugorsky Strait and further along Yamal rivers to the Gulf of Ob, thus establishing a sea route from Arkhangelsk to Mangazeya.