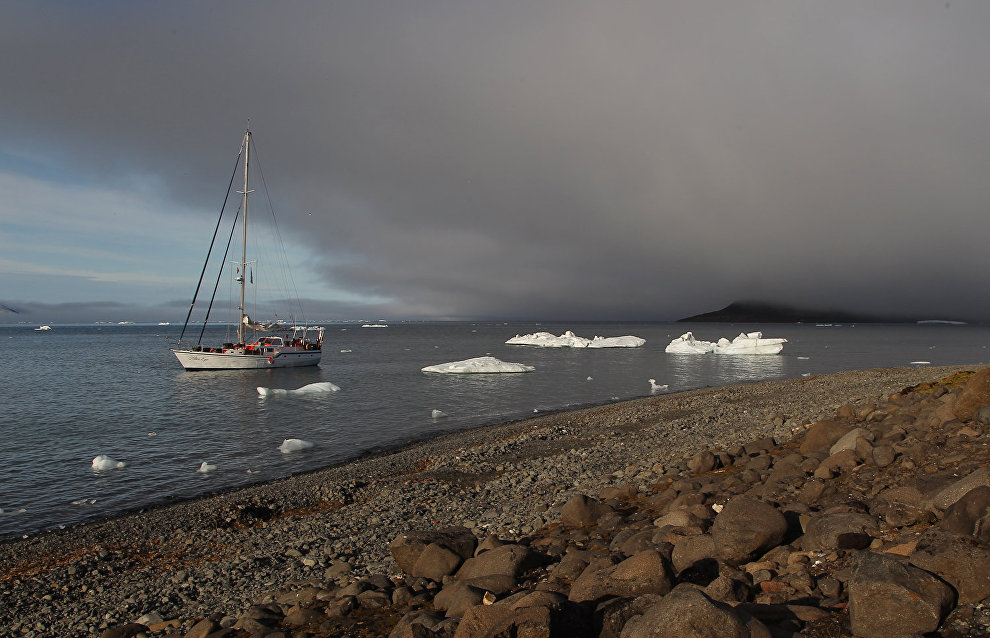 On August 1, a yachting expedition will set off from the port of Arkhangelsk. It will consist of the cruise sailing yachts Sibir (Siberia) and Zhemchuzhina (Pearl), which will lay wreaths at the sites of shipwrecks during the Great Patriotic War in the waters along the Arctic sea coast and in the Ob-Irtysh basin. The cruise is scheduled to end in Omsk on September 30.

"The development of the Arctic is unthinkable without the knowledge of its history. There is no future without this. The heroic exploits of our grandfathers during the war must be inscribed not only on the stones of monuments but also in the memory of the generations to come. The sailing expedition to the sites of the combat glory of Soviet Arctic convoys timed to the 75th Victory anniversary is one of the greatest events aimed at preserving this memory," said Minister for the Development of the Russian Far East and Arctic Alexander Kozlov.

The dates for the memorable yachting cruise were chosen for a reason: the White Sea Flotilla was established on August 2, 1941. During the Great Patriotic War, it defended the Arctic frontiers in the Western Arctic — from Murmansk to Dixon. These internal marine convoys protected meteorological stations, as well as the northern cities and infrastructure of the Northern Sea Route that handled domestic shipments.

"The White Sea Flotilla protected the entire support infrastructure against attacks by Nazi submarines and warships. Of course, there were battles in which Soviet seamen and ships perished. Through this initiative, we wanted to draw the attention of the media, business and the authorities to the fact that our seamen upheld the Arctic infrastructure that we are now using, sometimes at the cost of their lives," said Gleb Pletnyov, director for development at the Shipbuilding and Marine Engineering Cluster of the Arkhangelsk Region association.

One of the main goals of the expedition is to demonstrate the potential of navigating the Arctic on small sailing vessels, which is important for developing expedition tourism, inter-regional business cooperation and small businesses, as well as for attracting attention to the points of growth in the northern areas of the Arkhangelsk Region, the Yamal-Nenets and Nenets autonomous areas. These may be piers, yacht clubs and tourist centers, owing to which Russian yacht fans and tourists could travel around these territories by sea. The two-ship expedition will cover the following route: Arkhangelsk, Naryan-Mar, Kharasavei, Bely Island, Salekhard, Khanty-Mansiisk, Tobolsk and Omsk.

The two-masted Sibir yacht is designed for 12 people. In more than 20 years, it has covered a host of rivers, lakes, water reservoirs and almost all seas around Russia. The second vessel, the single-masted Zhemchuzhina, was launched in 2013 but has already covered many Siberian and Arctic waters.

The expedition is organised by the Russian Arctic Exploration Center (Yamal-Nenets Autonomous Area) and the Shipbuilding and Marine Engineering Cluster of the Arkhangelsk Region association in partnership with the Ministry for the Development of the Russian Far East and Arctic and the Russian Geographical Society. The journey will be followed by a documentary to be shown at the forthcoming forum The Arctic: Territory of Dialogue in spring 2021.