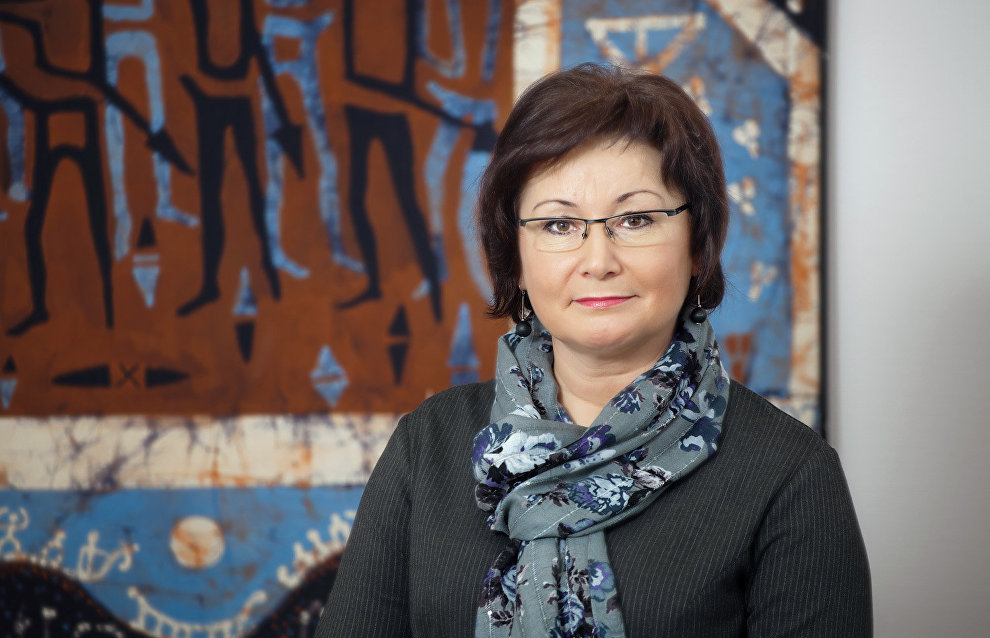 What is the University of the Arctic? Could you describe it in more detail?

The University of the Arctic (UArctic) is a cooperative network of about 170 universities, colleges, research institutes and other organizations involved in education and research in and about the Arctic. The Lomonosov Northern (Arctic) Federal University (NARFU) occupies a central place in this global network. UArctic was established in 2001 at the initiative of the Arctic Council, where it has observer status. It has two categories of membership. The universities of Arctic countries have a vote on decisions. Its members from non-Arctic countries do not take part in decision-making but contribute to developing the network university’s programs and projects. UArctic has a decentralized management system: the president’s office is located in Norway; the international secretariat in Finland; and the educational programs office in Fairbanks, Alaskathe United States. Close cooperation allows us to carry out large international projects with the participation of universities and other organizations of the entire circumpolar region.

How are Russian universities and other organizations represented in UArctic?

Russia has the most participants: there are almost 50 Russian organizations among UArctic’s 167 members.

What projects is NARFU carrying out in cooperation with UArctic?

We have many interesting projects, including large ones that allow us to produce what we can call the Pan-Arctic effect. One of them is the Model Arctic Council (MAC). We launched a pilot project on the basis of NARFU in cooperation with our partners from the United States, Canada, Norway and Sweden. The gist of the project is that during three days students from Arctic countries simulate the operation of the real Arctic Council: permanent members, observers and representatives of the indigenous population. The students prepared by carefully studying the Arctic Council’s documents and other materials, structure and procedures. The program conducted by teachers from various universities of the Arctic countries includes lectures, practical lessons and independent activities.

The project proved to be a success and we included it in UArctic’s strategic plan. The decision was made to hold MAC every two years in the country that chairs the real Arctic Council at the time. Next time students will meet in Alaska in March 2016. Arctic Council senior executives will meet there at the same time and I hope students will have an opportunity to talk with them.

Obviously, such projects should be assessed on their completion but we believe they are important because they get the younger generation involved in discussing Arctic issues and give politicians an opportunity to hear the voice of those who will influence decision-making on the Arctic very soon. One more project on which the UArctic top managers and experts from Northern universities are cooperating with ministries of education of the Arctic countries is the development of a comprehensive mobility program for Northern universities called North-to-North Plus. Our task is to create a program that meets the requirements of universities of the Arctic countries on academic mobility for BA and MA students, scholarships for research and support for indigenous students of the Arctic.

UArctic is often called a university without walls. But it does have educational programs and students. The Bachelor of Circumpolar Sciences program is an example of the kind of success UArctic has enjoyed. Thousands of university students from the Arctic countries took part in this interdisciplinary program on different aspects of the circumpolar region’s development. University professors from North America, Scandinavia and Russia helped create the program, and its content is regularly updated. This program is carried out in different formats. Thus, at North-Eastern Federal University instruction is in Russian, while in NARFU English is used. We are implementing this program in cooperation with Norway’s University of Nordland. After completing six online courses, our students continue their education in Norway. Upon completing their studies they receive diplomas from NARFU and the University of Nordland and a certificate of UArctic.

What jobs can students get after completing this program?

This is not an applied program. It is an interdisciplinary program that gives students basic knowledge of social sciences. It covers the processes that are taking place in the Arctic today, and shows what consequences they will have for the Arctic itself and the rest of the world. As a rule, after completing this program students enroll in the master’s program where they choose a narrower specialty.

Do students have an opportunity to work in the Arctic?

Yes, we have field schools. For instance, we have a school on the study of permafrost in Svalbard (Spitsbergen). It is open to undergrads, postgrads and professors from all universities that are UArctic members. They are selected through a contest.

Do NARFU students go on expeditions? How are they conducted?

In cooperation with Roshydromet (Russian Federal Service for Hydrometeorology and Environmental Monitoring) and with the support of the Russian Geographical Society (RGS), NARFU organizes every summer the high-altitude academic polar project, Arctic Floating University, on board the research vessel Academician Molchanov. This year we are preparing the seventh expedition. Its program consists of research and education and stresses teamwork between scientists, students and teachers from various countries.

How safe is it to stay in the Arctic?

It is necessary to pay careful attention to safety in the Arctic and study past experience. The University Center on Svalbard did a good job putting safety measures in place: to be cleared for fieldwork, students and researchers must take a course and undergo significant preparation. People’s lives are at stake, and without such precautions it is impossible to do research in the Arctic. A couple of years ago NARFU students were supposed to do training on Franz-Joseph Land but were sent back after three days because their lives were at risk from polar bears.

Considering the importance of this issue, we have started developing a safety course under the auspices of UArctic. It will be open for students of all Arctic universities.

How do various universities cooperate? Do they share experience? Do their students meet?

UArctic has 27 thematic networks. These are associations of scientists but they aren’t based on fields (physics, mathematic or chemistry) but on specific scientific issues that are often interdisciplinary. There are different topics but they are all related to current issues in Arctic studies, and often their tasks have been identified as critical by international organizations, such as the Arctic Council or the Barents Euro-Arctic Council. Here are some examples of thematic networks: Energy in the New Era, Images of the World in the Languages of the Indigenous Peoples of the North, Permafrost, Geopolitics in the Arctic, Managing Small and Medium-Sized Enterprises in the North, and Natural Hazards. Representatives of universities from various countries draft educational programs, apply for funding for international projects, conduct joint research, share experience and prepare publications.

Where do participants in UArctic meet?

The format of meetings varies: the annual UArctic Council (the supreme decision-making body), the Rectors’ Forum, the Students’ Forum, and meetings of the Board and Administration. A series of meetings is scheduled in Russia: the UArcrtic Council will meet in Ulan-Ude in 2015 and in 2016 St. Petersburg will host for the first time the UArctic Congress, which will combine all formats of meetings and a large Arctic conference.

Is it difficult to cooperate with Russian universities?

People are often apprehensive of new things because they don’t know enough about the new opportunities they offer. This is why we focus on spreading the word about the benefits of network cooperation. Russian universities are actively opening up new opportunities. They are applying for participation in joint contests and programs on Arctic issues; publishing news on the UArctic website; and developing cooperation with foreign partners. Recently we published a catalogue of Arctic educational programs on the UArctic website. Any student can find an interesting course there and directly apply to any university. The catalogue has become a major tool for promoting Russian and other universities.

Are there other forms of international cooperation on the Arctic?

NARFU heads the Joint Working Group on Education and Science of the Barents/ Euro-Arctic Council. This is also a network that unites Russia’s 14 Northern universities. The Working Group acts as the joint voice of the region’s universities for developing cooperation with the Barents Council and the regional one. This is an opportunity to influence decision-making at the interstate and interregional levels.

The Working Group, which consists of representatives of Barents Region universities, drafted proposals for the Kirkenes Declaration 2.0. We also prepared proposals for the Plan of
Action to Prevent the Negative Effects of Climate Change in the region that was adopted by all representatives of the Barents Region. The group plans to review university proposals and assess the joint transport plan and other joint projects and programs for the Barents Region that will be another step towards creating a common academic space in the region.

Universities make a large contribution to network cooperation under the auspices of the Northern Dimension Institute (NDI). NARFU is a co-coordinator of NDI in partnership with Aaalto University in Finland and St. Petersburg State Economic University. NDI unites 30 universities from 11 countries. Its task is to provide expert support for NDI’s four partnerships in the environment, culture, transport and logistics, as well as healthcare and quality of life.

With respect to all the forms of international network cooperation in which our university is involved, I’d like to emphasize the need to coordinate this work and the importance of taking part in the governing bodies of international organizations. This allows universities to become active participants not only in studying the Arctic, but also in forming Arctic research policies, identifying topical areas of research, upgrading educational programs and improving the quality of training for Arctic experts.