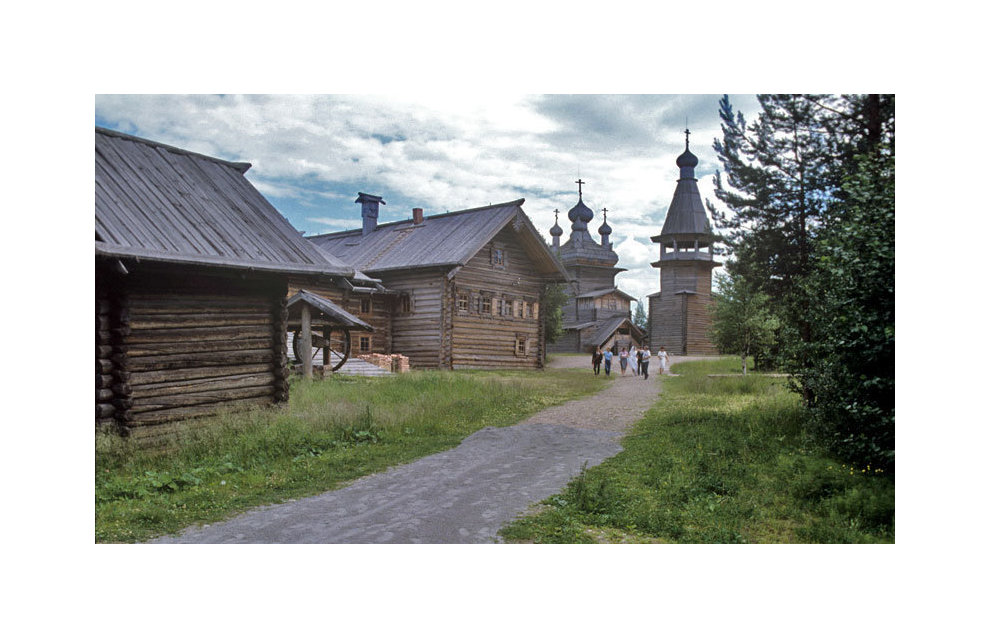 Sergei Rubtsov: Malye Korely embodies the North Russian village of the past

"When I go to Malye Korely I usually say “I’m going to the village” because for me our museum embodies a North Russian village with buildings that we embellish with folk elements."

Mr Rubtsov, what is Malye Korely like today? What kind of a museum is it? What can visitors expect to see there?

Malye Korely is the biggest open-air museum, at least in the European part of Russia. It is a wooden architecture museum on 140 hectares of land. It has about 120 structures, including churches, chapels, peasant houses, as well as eight windmills and one watermill, wells, fences and the like.

Malye Korely is also a church complex. There are the Trinity and Nikolsky churches and a belfry in the village of Nyonoksa near Severodvinsk, The Nikolsky Church is located in the village of Lyabla seven km away from here. It's the oldest church in the Arkhangelsk Region. Built in 1584, it is as old as Arkhangelsk itself.

The museum owns two more properties in Arkhangelsk — the House of Commercial Assembly, called the Marfin House, and the mansion of Maria Kunitsyna. This is a huge complex visited by about 180,000-190,000 people a year.

What outdoor festivals does your museum host?

because for me our museum embodies a Northern Russian village with buildings that we embellish with folk elements.

We stage folk festivals over the weekends and organize different games. There is a folklore and ethnography theater. In all, we host a diverse mix of about 20 festivals — from those based on the folklore tradition to new ones (for instance, we celebrate the New Year, the Feast of Bread, and the Horse Festival on St. Florus and Laurus Day). In other words, almost every weekend we have something for visitors in addition to the buildings, their interiors and the wonderful landscape.

You also teach people from the city to work with their hands.

We have a series of educational programs for children, which include different workshops. We also have classes for visitors of all ages. Every weekend we hold various workshops. We teach visitors how to bake traditional cookies, how to paint folk patterns and to make cotton prints with vat dyes. There's really a wide range. We have very good relationships with folk masters from the Arkhangelsk Region. They come here to show their work and share their knowhow.

"The Ice Granddaughter" (1980), "Young Russia" (1981-1982), and the latest one was "Rasputin" — a joint Russian-French production (2001). The landscape and structures on the museum grounds all look historically accurate.

What is your favorite place on the museum grounds?

At one time I was very emotional about the Pukhov House. We didn't officially observe its 200th anniversary in 2012 but we acknowledged it. This is the first house that I've seen restored. Visitors can see its interiors and the exhibition, "Built with no nails and only an axe!" on the technology used in wooden architecture in Northern Russia.

Who are you main visitors?

All different types come here. I'm very glad to see so many children here — between 20 and 30 percent of visitors every year. I'm glad they are learning about folk culture of the Russian North.

We don't just count how many children come. A study showed that our classes for children leave a deep impression on them and influence their outlook on life. We asked both children and parents, and that's the conclusion we reached.

I'm glad about this, because we missed the generation of the 1990s. Now they are bringing their children to us, and children are returning to our Northern folk culture.

Where do new acquisitions come from?

The museum hasn't made any acquisitions recently. The problem is that we haven't organized two areas. They are included in the general plan, but it was approved 40 years ago. Are the structures in question still there? We have to organize expeditions and decide on a case-to-case basis.

In think we should resume this work. Otherwise some structures may fall apart. We've had many debates about whether we should move monuments or not. I believe when it's impossible to preserve and exhibit a monument on its original site, then I it should be moved. There is no other way of preserving it. 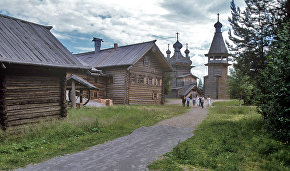