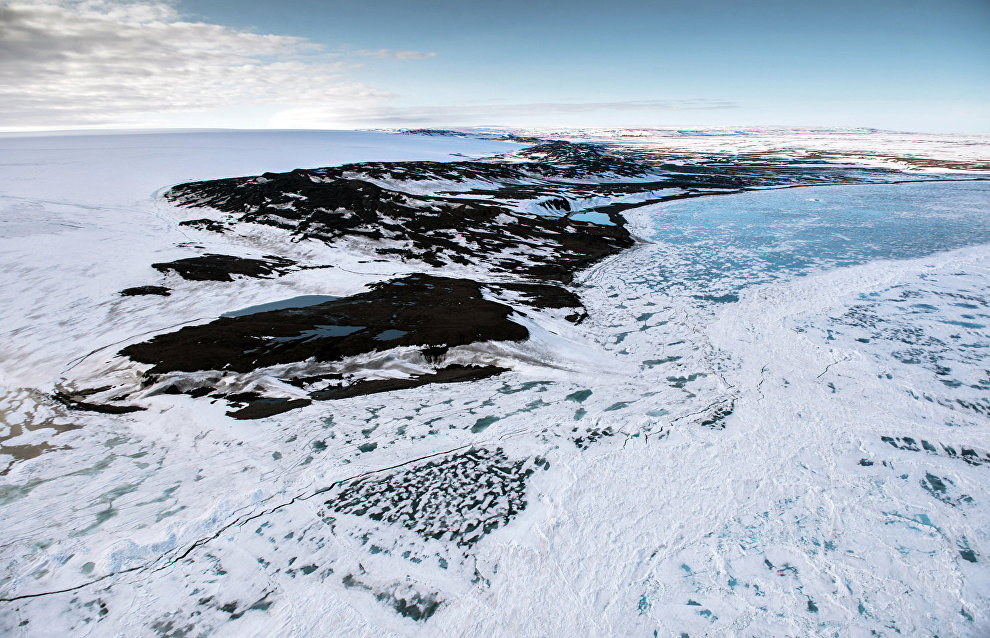 Sergei Frolov: There may be no such thing as an official explanation for sea ice melting

Researchers worldwide focus on ice melting in the Arctic. Sergei Frolov, Head of the Ice Navigation Research Laboratory, Department of Ice Conditions and Forecasts, Arctic and Antarctic Research Institute (AARI), believes the process will not result in a climate disaster. Only time will tell who is right and who is wrong.

Mr Frolov, long-term observations indicate that the thickness and area of ​​ice in the Arctic are rapidly shrinking. Some researchers even believe there will not be any ice left in the Arctic in summer in a few decades. What's your take on these forecasts?

Indeed, if we look at the past 15 years, the average area and thickness of the Arctic ice cover is diminishing. Of course, we are talking about summer when the glaciers are melting. There is year-to-year variability. This doesn't mean that the ice cover is shrinking year in and year out. For example, the minimum was recorded in 2012. In subsequent years, the ice cover got thicker, so we can't say that this is a one-way process. Scientists who think so simply connect two dots and claim that according to various estimates the ice will melt in 2035 or 2060. But even if such a disaster does occur, the ice will melt only in summer. In winter, no matter what happens, there will be polar night and subzero temperatures. Therefore, in winter, the ice cover in the Arctic will get thicker no matter how global warming might occur.

The ice gets thicker or thinner depending on the area. There is a need for regular observations in the same places in order to draw conclusions. At polar stations, where the thickness of the ice has been measured over decades, the ice is noticeably thinner, but this doesn't mean this trend will persist.

The researchers hold two points of view. Some talk about one-way processes where the ice will drastically shrink in size and thickness. Others believe this process is cyclical in nature and sooner or later the trend will reverse, and the areas covered by ice and its thickness will resume growth. No one can put it in any more accurate terms. As is known, even forecasting weather for the next four to five days could be a challenge, and here we are looking several decades ahead. It's all mumbo jumbo.

Have navigation patterns changed in the wake of the shrinking ice cover? Are there more ships passing through the Arctic now?

The availability of ships and icebreakers is important. If there are reinforced ice-class ships or icebreakers, which can safely negotiate ice over waters, and if there is cargo to haul, the navigation period can be extended.

What is the official explanation for an increased rate of ice melting in the Arctic? What are the consequences?

There may be no such a thing as an official explanation. There is a generally accepted — and the most popular in the scientific community — version that  global warming is caused by human impact. Other scientists believe that all is not that simple, and human activities can't change the climate so dramatically. They believe that the process of melting is connected with the solar-terrestrial impact, and so on, up to changing distances between celestial bodies. These cycles vary in time between 20, 60 and 100 years.

Why, I wonder, can global warming be felt in the Arctic, but not the Antarctic, where the ice is getting thicker? If it's a global phenomenon, it should show across the globe, not just the Arctic.

We are scientists, and we are entitled to have different points of view. Some arguments can be stronger, some weaker, since there's lack of long series of observations. We have representatives of both schools in our institute, but only time will tell who is right and who is wrong.