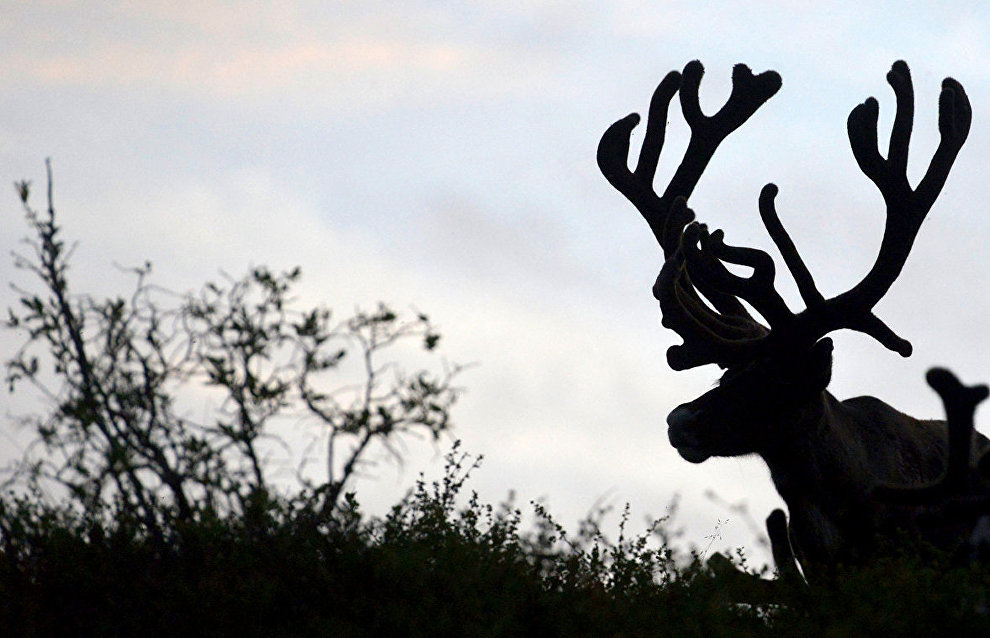 Timur Akchurin: Reindeer breeding is a factor of Arctic development

Reindeer breeding is a traditional occupation for the indigenous peoples of the North, Siberia and the Far East and an important way to preserve their way of life and ancient culture. Timur Akchurin, Executive Director of the Reindeer Herders Union of the Yamal-Nenets Autonomous Area, talks with arctic.ru about herders’ problems and ways to support reindeer breeding.

How many reindeer herders are there in Russia and in which regions?

Reindeer breeding is a traditional occupation for all indigenous peoples because it is a factor of their survival, which is why all ethnic groups in the North, Siberia and the Far East breed deer. The statistical data for 2010 shows that ethnic groups total about 250,000 people and nearly all of them are reindeer herders.

There are several major problems. One is the shortage of the necessary facilities and resources such as refrigerators and other equipment and processing plants. The second problem is the absence of a system for recouping the damage done to the indigenous population by the use of part of the reindeer grounds for the building of housing and industrial facilities. The third problem is a dire shortage of personnel. The fourth problem is the lack of a market for reindeer products. The fifth problem is the shortage of literature on reindeer herding, which young professionals need very much. As they start working, they should have an opportunity to continue their professional growth and access to supplementary materials so that they learn to use ratios to calculate productivity, and so on. Personally, I still use the books that were printed in the Soviet Union and in the 1990s.

One more major problem is the lack of sufficient regulation of the number of predators in the wild reindeer country, and this absence increases the spread of disease at reindeer breeding farms.

What should be done to preserve this traditional occupation?

To preserve reindeer herding as an occupation, we should adopt a marketing program that will enhance the status of reindeer meat and promote the sale of reindeer products. Many people know nothing about them.

We must also boost the geobotanical survey of reindeer pastures in order to assess their condition.

A federal law has been drafted to provide government support to nomadic ethnic groups. If adopted, it will be a breakthrough achievement. However, I think we also need a special law on reindeer breeding. It should be a framework law that will protect the interests of individual herders, because reindeer breeding is a unique sector of animal breeding. Reindeer are the basis of these ethnic groups' livelihood and a factor of Arctic development.

We should also re-establish a department on the protection and development of reindeer breeding at the Ministry of Agriculture. As of now, this issue is covered by a section in the animal breeding department, but I don't think this is enough for a northern country such as Russia, because reindeer breeding is a basic segment of industry. There used to be such a department in the Soviet period.

In addition, we need a research center for the preservation and development of reindeer breeding, one that would draw from the experience of herders, who should be attracted to formulating the goals and a development strategy for reindeer breeding. I believe that this center should be headquartered in the Yamal-Nenets Autonomous Area because it has the largest herd of reindeer, over 700,000.

We also need a federal program of herder training and refresher courses. In light of this year's presidential address to parliament, I believe that we should encourage small businesses in traditional occupations, including reindeer breeding, with a subprogram on assistance to small and medium businesses. We also need a system of insurance for reindeer herds and a lending program for breeding farms, because reindeer breeding cannot survive on subsidies. We should develop new lending tools such as loan interest rates that would be affordable for small and medium businesses, and also create business incubators for the indigenous peoples.

In my opinion, we also need a unified operator for the export of reindeer products, because the large number of intermediaries increases the end price sky-high. Without intermediaries, we'll be able to estimate profits, and herders will be assured of a stable income.

This is what I think should be done.

What is being done to address the problems of reindeer breeders at the federal and regional levels?

A federal law for protecting nomadic tribes is currently being debated.

For example, the Yamal-Nenets Autonomous Area has approved a long-term targeted program regarding the development of the area's agricultural sector in 2014-2020.

The program includes a sub-program for the development of sub-Arctic and Arctic reindeer breeding and processing and selling industry goods in 2014-2020.

The program stipulates the following subsidies:

—  Setting up and upgrading trading stations;

—  Subsidies for the upkeep of reindeer are stipulated in line with standard rates per head; reindeer meat production subsidies are provided for each metric ton of meat sold in terms of reindeer slaughter weight;

—  To compensate part of the insurance premium expenses under insurance contracts signed with insurance agencies;

—  To compensate part of loan interest expenses as regards loans taken out at Russian loan agencies and loans obtained at agricultural consumer cooperatives;

—  To issue grants for agricultural organizations;

An innovation project to develop and introduce bioengineering technologies regarding the construction of a plant for processing endocrine ferment and special-purpose feedstock, obtained through in-depth processing of the reindeer breeding industry's goods in the Yamal-Nenets Autonomous Area, is currently being drafted.

Do we need the joint database on the sub-Arctic and Arctic reindeer breeding sector that is currently being drafted?

I believe that it will make a substantial contribution to the industry's development. The database will make it possible to assess and perceive the Arctic agrarian potential, streamline the processing sector and develop infrastructure for supplying reindeer meat and byproducts to all Russian regions.

The database should help preserve the unique culture of indigenous ethnic groups. The Arctic region is actively developed nowadays, and various federal-level projects are actively introduced. Local natives migrate from south to north, and vice versa, all the time. Their migration routes have been streamlined since times immemorial. Traditional routes may be disrupted by oil workers, the construction of industrial enterprises, new roads and other infrastructure facilities in any specific region. The database will provide all information at an early stage, it will show all migration routes, we'll be able to heed the interests of ordinary reindeer breeders and we'll coordinate our activities with them, without belatedly addressing these issues. Special crossings for migrating reindeer breeders should be stipulated on new roads. We should keep this in mind, so as to prevent psychological trauma in reindeer whose productivity would otherwise be impaired. Therefore, native residents would not suffer, and they would preserve their ancient unique culture and develop the industry still further.

When will the database be ready?

I can't say for sure because everything boils down to funding. The Union of Yamal Reindeer Breeders has requested that our organization be included in the list of innovative organizations. This will allow us to apply for area-level grants aimed at implementing and introducing innovative projects. The autonomous area's government also helps compile innovation projects, and we also have these state-support measures. We're also planning to apply for a Russian presidential grant next year, and we'll search for additional sources.